Always-connected Windows 10 PCs powered by Arm processors have plenty of potential as nice portable workstations with other-worldly battery life. Every time we've tested one of these machines, starting with the Surface Pro X, we've come away impressed with battery life while maintaining adequate performance for most tasks. The issue, however, has been one of app compatibility. These machines simply can't run 64-bit x86 applications, but Microsoft is set to change that for Windows 10 Insiders starting next month.

Microsoft's Chief Product Officer for Windows, Panos Panay, announced in a post on the Windows Experience blog that Arm-powered Windows 10 PCs will get a shot of x64 emulation. Once the Windows 10 October 2020 Update wraps up in the next couple of weeks, says Panay, the Windows Insider Program will see a build that unlocks access to all Windows applications for PCs running on Arm SoCs. That's great news for prospective LG Flex 5G and other Arm PC buyers, since our main complaint about those machines has been compatibility.

Some of the biggest productivity apps on the planet have been 64-bit only for quite some time. For example, Adobe's entire Creative Cloud suite, including Photoshop, Illustrator, and Premier, requires 64-bit x86 processors but should soon run on Arm devices. Audio production is another arena that stands to benefit on Arm machines, as industry standards like Avid's Pro Tools, Steinberg's Cubase, and Presonus' Studio One have been 64-bit only for years. Even if developers have been reticent to get aboard the Arm development train, their apps will run. Perhaps customer demand will then spur them to start producing Arm-native binaries after that. 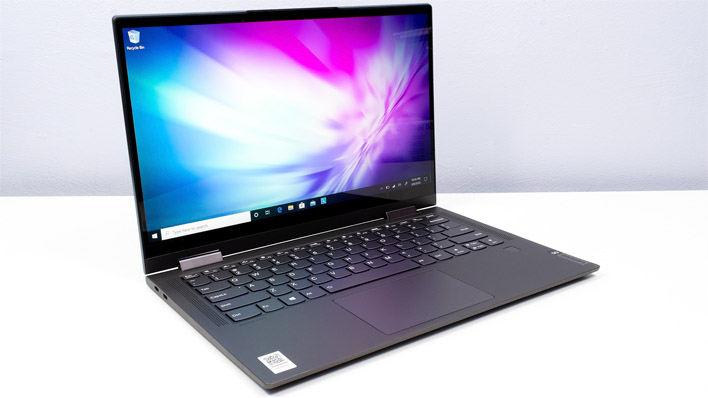 In the same post, Panay also announced that the company is bringing more native applications to Windows on Arm, too. Soon there will be a native Arm client for Microsoft Teams, along with an optimized version of Visual Studio Code. VS Code was one of the very apps we called out as running but being too sluggish to use effectively on the Samsung Galaxy Book S. Panay says developers have been clamoring for the company's sleek web development environment. In addition to that, Panay says that Microsoft is continuing to improve the speed of its Edge browser—something we had already noticed when reviewing the Flex 5G. If further improvements are still inbound, Arm PCs will only look better next to their x86-based siblings.

All of these revelations are likely a comfort to prospective Surface Pro X buyers. Yesterday, Microsoft announced an updated version of the seminal Windows 10 tablet based on its SQ2 SoC. We believe that chip is based on the second-generation Snapdragon 8cx from Qualcomm, and expect that device to deliver better performance over the previous design. We'll keep an eye out for these software changes to hit the Windows Insider program, as we're eager to take them for a spin.