Prime Day will be here before you know it, but there have been some nice deals already from Amazon. If you want to keep up on the deals, we've talked about how to get notifications previously. However, Amazon's Woot is also getting in on the discount action, and Woot has some great deals in 8 and 10-inch Fire HD tablets that are on sale right now. The catch being they are not the latest versions of the tablets, though they are still new sealed box items.

The discounted Fire HD tablets include the 2015 version the Amazon Fire HD 10 tablet. This machine has a 10.1-inch HD touchscreen IPS display, WiFi, and a quad-core 1.5GHz processor. The tablet runs FireOS 5 and has 32GB of storage for just $79.99. It comes in black only and ships direct from Amazon.

The 32GB Amazon Fire HD 8 tablet in black, red, or yellow is now selling for just $59.99. Other than storage capacity, the 8-inch tablets listed call out the same hardware. 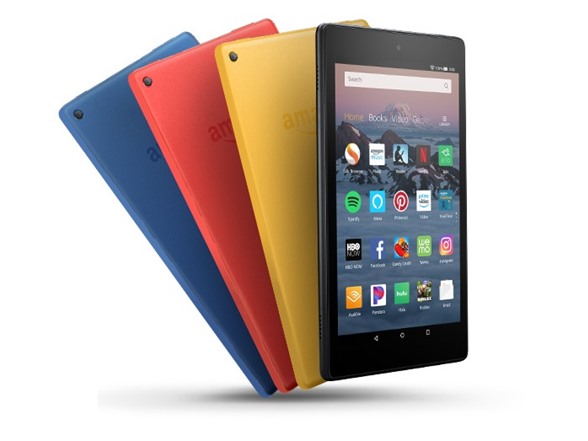 Again, all of the tablets are brand new and are shipped via Amazon Prime. These might not be the latest versions of Amazon's tablets, but for most people, they will serve their content and media consumption purposes just fine. They might also be perfect for a kid looking for their first tablet for that summer vacation. Amazon has been offering some impressive deals recently. This week we talked about a deal for a TCL 75-inch 4K Ultra HD Roku smart TV discounted down to $799 ahead of Prime Day.