Is this our very first look at Windows 11? It very well could be if these leaked screenshots from Chinese site Baidu are indeed real. Windows 11 fever is heating up, and these screenshots are likely to fuel those flames.

Our first impression from the two leaked images is that Windows 11 looks a lot like Windows 10X. Microsoft canceled Windows 10X -- which was initially designed for dual-screen PCs last month -- but said that many of its features would live on in the mainline Windows operating system.

We see a collection of icons centered in the Taskbar along with the redesigned Start menu. Unfortunately, there is no sign of Live Tiles in this early build (which is probably music to the ears of many Windows 10 users). A second image shows the About tab, which claims that this is Windows 11 Pro (Build 21996.1) with Windows Feature Experience Pack 321.14700.0.3. 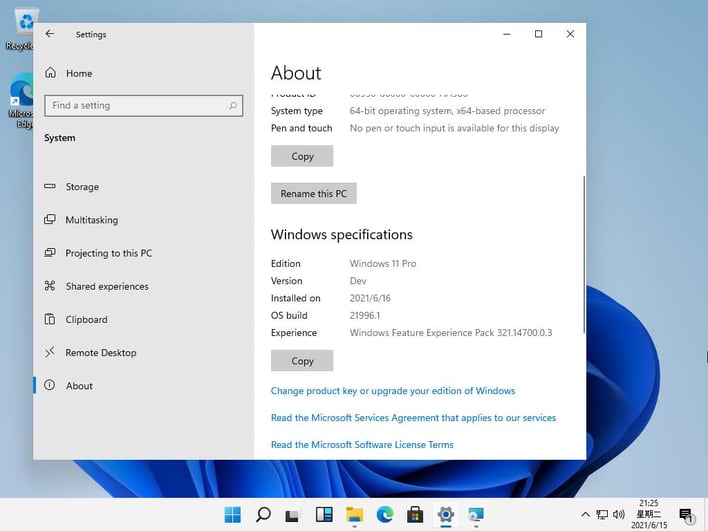 The Verge has since manage to get a their hands on a leaked ISO of Windows 11, further confirming the validity of the embedded screenshots. They confirm a rounded edges for Windows, a refreshed File Explorer, and a new Search interface. This is far from being a shipping version Windows 11, but it at least gives us a general idea of what Microsoft has in mind for its next-generation Windows Experience. You can even hear the new Windows 11 startup sound here:

this is the new Windows 11 startup sound pic.twitter.com/UQZNFBtAxa

There's still over a week before Microsoft's June 24th Windows event for more information (and screenshots) to slip through the cracks. However, we already know that Windows 11 will feature a revamped "Sun Valley" user interface (UI) redesign and specific optimizations for Intel Alder Lake 12th generation Core processors. 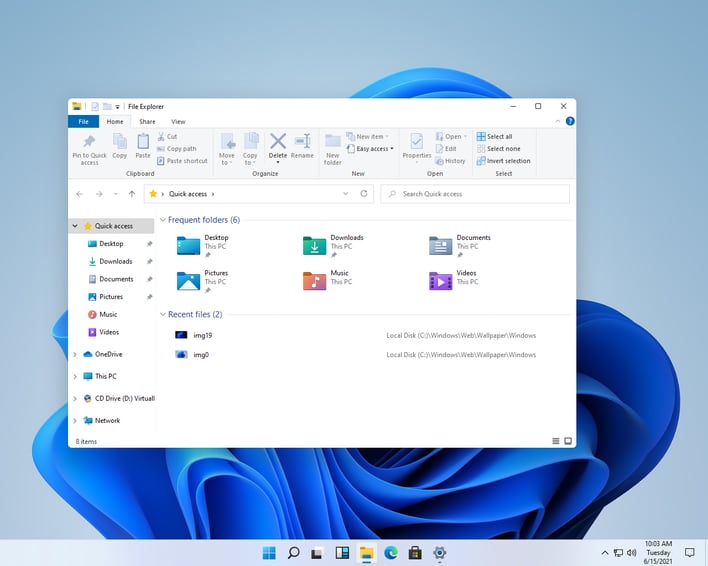 Microsoft's CEO, Satya Nadella, is eager to showcase what the company has been working on behind the scenes. "Soon, we will share one of the most significant updates to Windows of the past decade to unlock greater economic opportunity for developers and creators," said Nadella last month. "I have been self-hosting it over the past several months, and I'm incredibly excited about the next generation of Windows."

As for Windows 10, Microsoft has already plotted out the endgame for that nearly 6-year-old OS. Support for Windows 10 will end on October 14th, 2025, which means that it will have a 10-year run like its predecessors.