Microsoft officially announced Windows 11 today as its next-generation operating system that will run on millions, if not billions, of devices in the coming years. As a result, many people are likely interested in upgrading to the new OS and want to know if their PC will be supported.

But first of all, Microsoft confirmed our earlier suspicions about upgrades. Windows 11 will be a free upgrade for Windows 10 users. We would expect that this upgrade chain will extend back to Windows 7 and Windows 8.x PCs as well, which are eligible for free Windows 10 upgrades. The worst-case scenario is that you might have to upgrade their older machines to Windows 10 before leaping Windows 11, but we've reached out to Microsoft for clarification on that point. 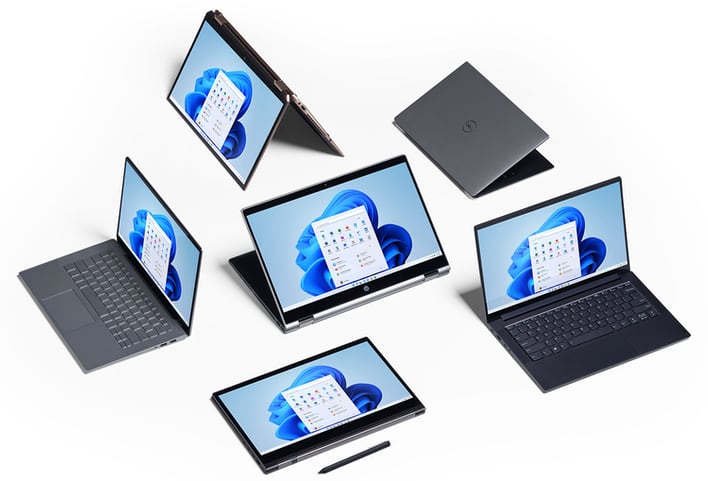 Free upgrades are just part of the equation, however. You'll also need to make sure that your PC meets the minimum system requirements to install Windows 11. In that case, Microsoft provided updated guidance on this front, with just minor changes from Windows 10.

In addition to these mandatory requirements, there is also a litany of feature-specific hardware requirements that Microsoft details. For example, you'll need at least a 1TB or larger NVMe SSD to take advantage of DirectStorage for games, Auto HDR obviously needs an HDR-capable monitor, and Snap requires a monitor that is at least 1920 pixels in width.

Microsoft also announced some feature deprecations, including the fact that Cortana will no longer be part of the initial boot experience and won't be pinned on the Taskbar. Internet Explorer has thankfully been disabled, as Microsoft is now customers to use IE Mode in Microsoft Edge. S Mode is only available with Windows 11 Home, and the dedicated Tablet Mode has been jettisoned.

You can read more about Windows 11 system requirements, feature-specific requirements, and feature deprecations by visiting this Microsoft support page.