Those who have been waiting for a fresh Half-Life fix can now have it, though only if they own a compatible virtual reality headset. Valve's latest addition to the Half-Life world, Half-Life: Alyx, was designed from the ground-up for VR (and getting rave reviews), so it is not a game fans of the franchise can simply fire up and play on a flat-screen monitor. For now, anyway—it is only a matter of time before modders do their thing, and Valve is aware of this.
Game designer Robin Walker, best known for co-developing the Team Fortress mod for Quake before later going on to co-create several Valve games, including Half-Life: Alyx, believes it is only a matter of time before someone mods the game so it can be played on a traditional monitor (as opposed to a VR headset).
"I know it's going to happen. The bigger question is what the fans will think of this ported version of the game," Walker told Polygon.
Whether Valve is happy about the idea of modders mucking with its game depends on who you ask. According to Walker, there are differing opinions within Valve about the level of concern over modders taking a game that is meant to be played in a very specific manner, and altering it so that it can be played in an entirely different way.

"There are a set of people on the team that are concerned about that. Personally, I’m not concerned about it at all," Walker added, noting that his opinion is not representative of Valve as a whole. "This answer is definitely from me."
How a ported version of Half-Life: Alyx would ultimately be received is, for now, an open ended question. It is also an interesting concept. Walker believes a ported version would "clearly demonstrate why we did this in VR," though he is also open to the possibility of gamers embracing a non-VR port.
"If people play [a modded version on a standard display] and say this is is just as good, that will teach me a lot. I will realize I’m wrong, and we didn’t get as much as we thought, and I love to know whenever I’m wrong," Walker said. 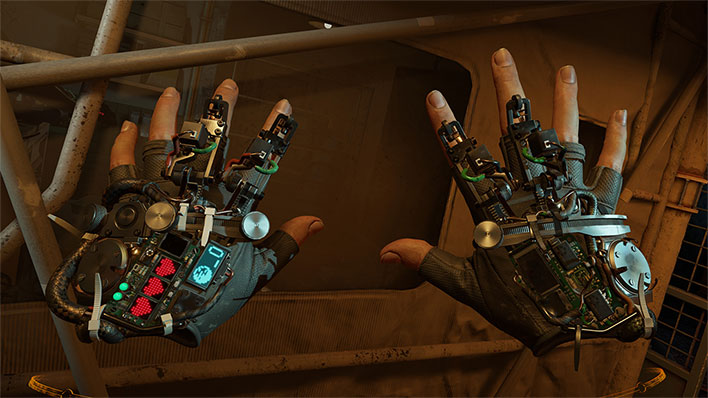 It is a refreshing perspective. There is a lot of blood, sweat, and tears that go into these kinds of projects, and in that sense, it is understandable why some developers might be scoff at having their hard work altered. At the same time, the modding community is thriving, and is good for gaming overall. And simply put, Walker is "fine with it," though stops short of encouraging it for the sake of other members on the team who might have a different viewpoint.
Half-Life: Alyx is available now on Steam for $59.99. On the PC side, the system requirements are rather light—players need a Core i5-7500 or Ryzen 5 1600 CPU, 12GB of RAM, and a GeForce GTX 1060 or Radeon RX 580 graphics card. Supported headsets include the Valve Index, HTC Vive, Oculus Rift, and any of the Windows Mixed Reality headsets.