Valve's Half-Life: Alyx Gets An Official Launch Date, Get Your Crowbar Ready

The launch date for Half-Life: Alyx is now set in stone. Valve announced today that the virtual reality-only title will officially launch on March 23rd, which is sticking with the developer's previous statements that the game would be available in March 2020.

Hype for Half-Life: Alyx has been building, as this is the first installment franchise in over a decade. While everyone has been reading tea leaves, wishing on a shooting star, and hopping on one foot for the inevitable release of Half-Life 3, Half-Life: Alyx is no doubt the next best thing.

Valve told us when the game was first announced back in late November that Half-Life: Alyx will be set in the time period between the original Half-Life and Half-Life 2. In spite of its virtual reality medium, this will be a full-length, in-depth and immersive game and not just some glorified tech demo.

Recent figures from SuperData indicated that the sales of Valve's Index VR headset more than doubled in Q4 2019compared to Q3 2019. This increase is no doubt attributable to the Half-Life: Alyx announcement and the fact that the headset comes with a complimentary copy of the game. After all, that's the least that Valve can do considering that the Index is priced at a staggering $999. 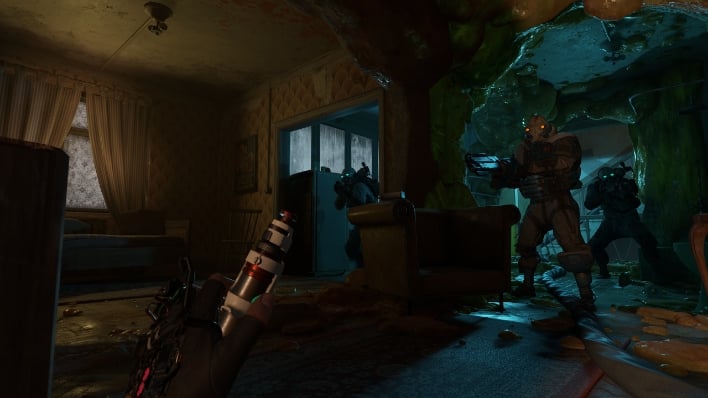 With that in mind, Valve has made the entire Half-Life back catalog free to play via Steam up until the launch of Half-Life: Alyx. So, you can access the following games free of charge:

After Half-Life: Alyx launches, you'll go back to paying $9.99 each for Half-Life and Half-Life 2, while the two Episodes will return to $7.99 each. On a personal note, I took Valve up on their offer and went back to play Half-Life, more than 20 years after I originally played the game on an Intel Celeron 300A system overclocked to 450MHz paired with an Abit BH6 motherboard (SoftMenu BIOS FTW) and a Diamond Stealth II S220 (Rendition Verite V2100) graphics card. Ahhhh, those were the days...