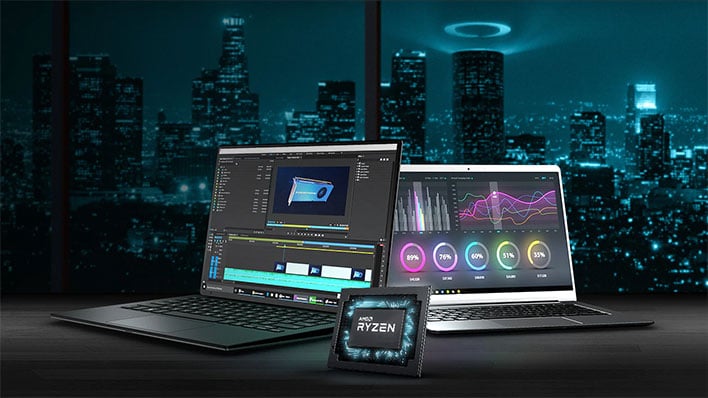 AMD released its Zen 3-based Ryzen 5000 desktop processor family in late 2020, and the company will soon be launching its Ryzen 5000 mobile processors, presumably next week at CES 2021. However, two new processors have been outed from an unlikely place: the USB-IF.

The two processors in question are the AMD Ryzen 7 5700G and the Ryzen 9 5980HX. There are unfortunately no specs associated with the product listings, although we'd assume that the Ryzen 7 5700G is a desktop-based Cezanne Zen 3 processor with integrated graphics. Based on what we know about mobile versions of Cezanne, this will likely be an 8-core/16-thread processor once released. The Ryzen 7 5700G would probably be limited to OEM systems, and perhaps make its way in limited quantities to consumers clamoring for a reasonably performant APU.

The Ryzen 9 5900HX has already put up single-core and multi-core scores of 1,429 and 6,912 respectively in Geekbench, so we'd be eager to see what numbers the Ryzen 9 5980HX would be able to put up. Could its peculiar naming mean that more cores are in store; perhaps a 12-core/24 thread monster? Only time will tell.

AMD is expected to have a big presence at next week's virtual CES 2021, so stay tuned for more details on its future hardware products. And hopefully, we'll hear more about the next-generation Ryzen Threadripper and EPYC 7003 processors... and perhaps Radeon RX 6700.