AMD may have unleashed its Zen 3 architecture to the public in 2020, but this is the year that its latest generation CPU architecture will really spread its wings. In the coming months, the Ryzen 5000 series on the desktop will become more readily available (we hope, anyway), and Zen 3 will also be ported over to mobile (Cezanne). And on top of those things, AMD is not finished with its Ryzen Threadripper lineup just yet, as a new leak indicates.
Maintaining a high-end desktop (HEDT) family may seem redundant when AMD's mainstream desktop line scales to 16 cores and 32 threads (Ryzen 9 5950X and Ryzen 9 3950X). However, in the past, Threadripper has come out with higher amounts of cache and expanded memory support, as well as scaling up to 64 cores and 128 threads of computing muscle. 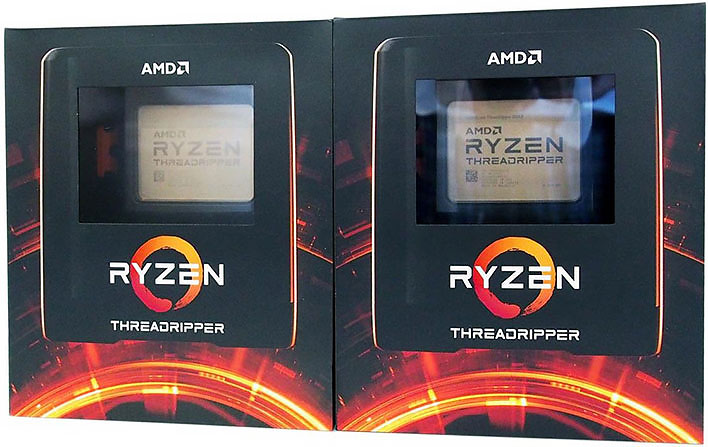 What will we see from AMD's next-gen Threadripper lineup, based on Zen 3? Time will tell, but the maker of the ClockTuner for Ryzen (CTR) utility has just provided a clue on Twitter. Have a look...

Having some fun, Yuri posted a message in hex. If you had a Little Orphan Annie decoder ring, it might translate to "Be sure to drink your Ovaltine," but you are better off plugging the above string of numbers and letters into a hex decoder. When you do that, it translates in ASCII to "Genesis 16 cores."
Yuri is referencing AMD's upcoming Threadripper CPU codenamed Genesis Peak, with 16 cores and presumably 32 threads. There are no other details, but assuming his information is accurate, it is interesting that AMD is planning to launch a 16-core/32-thread Threadripper CPU based on Zen 3, since the core and thread counts would be the same as the Ryzen 9 3950X.
For reference, here is a list of AMD's Threadripper CPUs up to this point:
As you can see above, AMD did not bother releasing a 16-core/32-thread variant of Threadripper based on Zen 2, and instead kicked off the HEDT party with 24 cores and 48 threads. But if Yuri's information is spot on, then AMD will launch a 16-core/32-thread Threadripper part based on Zen 3, when the next round of HEDT chips arrive.
Should this happen, it will be interesting to see where pricing lands, as well as what specifications and features end up separating the next-gen Threadripper SKU from the Ryzen 9 5950X. In addition, we anticipate higher-end SKUs as well, up to 64 cores and 128 threads.
Nothing is certain, though, not until AMD unveils its Threadripper lineup. Hopefully an unveiling will come on or around the CES 2021 time frame this month.