By now, we know pretty much all of the "rough details" concerning the incoming iPhone 12 and iPhone 12 Pro family of smartphones. We've seen leaked renders, specs, and even hints at pricing for the smartphones. About all that is left is for Apple to actually reveal the devices to the public.

Today, however, we're getting a fresh leak courtesy of Twitter user @Jin_Store, who claims to have gotten their hands on fresh molds for both entire iPhone 12 family. As is typically case when these molds are found in the wild, they are based on internal Apple schematics so that various third-party manufacturers can design and produce cases/accessories for the phones. 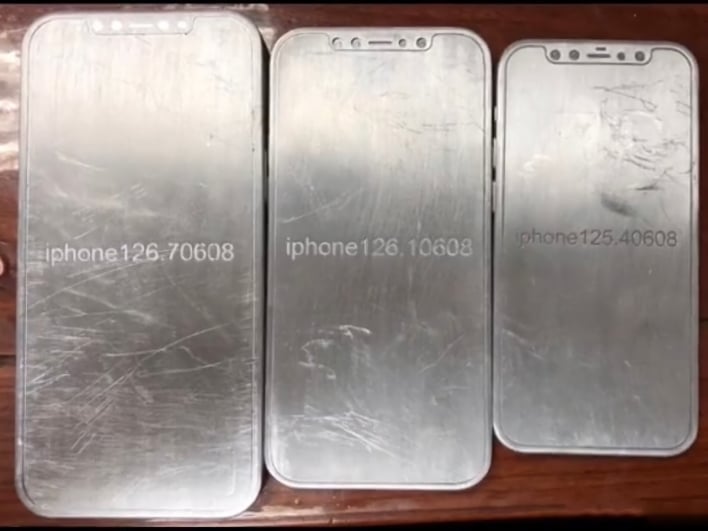 What the molds show is that the new iPhone 12 and iPhone 12 Pro will have harder edges, with less organic curves (as has been the case with iPhones since the iPhone 6). Instead, we're seeing some of the classic iPhone 5/5S/SE design language here with a bit of modern iPad Pro sprinkled in for good measure.

One other item of note is that the widely-panned display notch doesn't appear to have shrunken, as we've seen in previous reporting and renders. Instead, it appears to be roughly the same size as we've seen in the iPhone 11 and iPhone 11 Pro families. That's probably going to be a bummer for those that hate the notch, but we don't know how possible it is for Apple to retain an earpiece speaker, selfie camera, and Face ID hardware while shrinking the notch considerably. 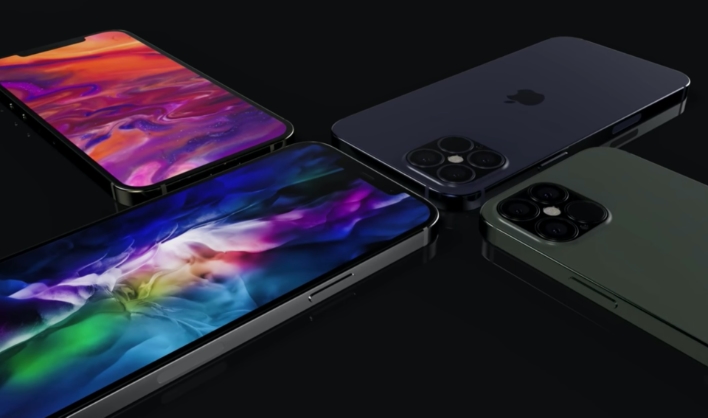 With that being said, it's rumored that the iPhone 12 will be available in 5.4-inch and 6.1-inch display sizes, while the iPhone 12 Pro will offer 6.1-inch and 6.7-inch displays. All of the smartphones will have OLED display panels (120Hz for the Pro models) and an Apple A14 Bionic SoC. It's also expected that all models will come with Qualcomm's Snapdragon X55 modem to enable 5G connectivity and that base storage will double from the paltry 64GB found in current-generation iPhones to 128GB.