One of the best features of Sony's PlayStation 5 is the ability to upgrade the console's internal storage via an empty M.2 PCIe 4.0 slot. Unlike the Xbox Series X, which uses a proprietary port for expanding storage, the PlayStation 5 can use off-the-shelf SSDs if they meet Sony's minimum performance requirements.

The only problem up until today is that Sony hadn't yet enabled the feature. But now, there's a new beta BIOS available to customers, which allows them to plug in their own SSDs to expand beyond the standard 825GB SSD that comes with the console. To gain access to PlayStation 5 System Software Beta, we suggest that you check out this previous article.

Once you are enrolled, you'll want to note the minimum requirements for SSDs that can be used in the PlayStation 5. SSDs ranging in size from 250GB to 4TB are supported, which should be a boon (at the top-end) for those that have colossal game libraries. SSDs will need to support the PCIe Gen4 x4 M.2 NVMe interface, and Sony notes that you will most likely want to ensure that it has adequate cooling within the PS5 chassis:

One other vital rating to keep in mind is sequential read speeds, which must come in at a minimum of 5,500MB/sec. That shouldn't be a problem for most performance-minded PCIe 4.0 SSDs on the market like the Seagate FireCuda 530, Patriot Viper VP430, T-Force Cardea A440, etc.

Other items of note are that both single- and double-sided PCIe 4.0 M.2 SSDs are supported, but M.2 SATA SSDs are out of the question. Sony goes on to ad that "SIE cannot guarantee that all M.2 SSD devices meeting the described specifications will work with your console and assumes no responsibility for the selection, performance or use of third-party products."

And most importantly, Sony's optimizations to its hardware -- including the SSD -- gives it the best storage performance with games. "Not all games are necessarily playable with the exact same performance provided by the PS5 console's internal Ultra-High Speed SSD, even where the M.2 SSD device's sequential read speed is faster than 5500MB/s," Sony adds, so you'll want to keep that in mind. 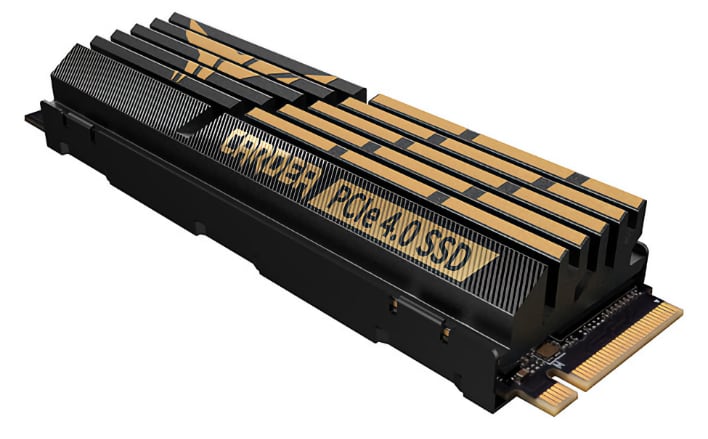 Once your new PCIe 4.0 SSD is installed, you can download games from the PlayStation Store or directly install them from the Blu-ray drive. Just go to Settings > Storage > Installation Location to install to the new SSD. If you want to move your apps and games already stored on the internal SSD over to the add-on SSD, you can follow these steps:

We're glad that Sony has finally enabled this highly anticipated feature, and it should offer a more cost-effective solution for adding high-speed storage to the PlayStation 5. You can find Sony’s complete SSD guide, including how to remove the case to install your SSD, right here. For those that have already joined the PlayStation 5 System Software Beta and have access to a PCIe 4.0 SSD, let us know in the comments section below about your experience with the process.