The SSD wars are heating up now that both AMD and Intel have desktop platforms that fully support the PCIe 4.0 interface. AMD has supported PCIe 4.0 on the desktop side since Zen 2 (Ryzen 3000), while Intel entered the fray recently with 11th generation Rocket Lake-S processors. Now, Patriot is looking to cater to these enthusiasts with a brand-new high-performance SSD. 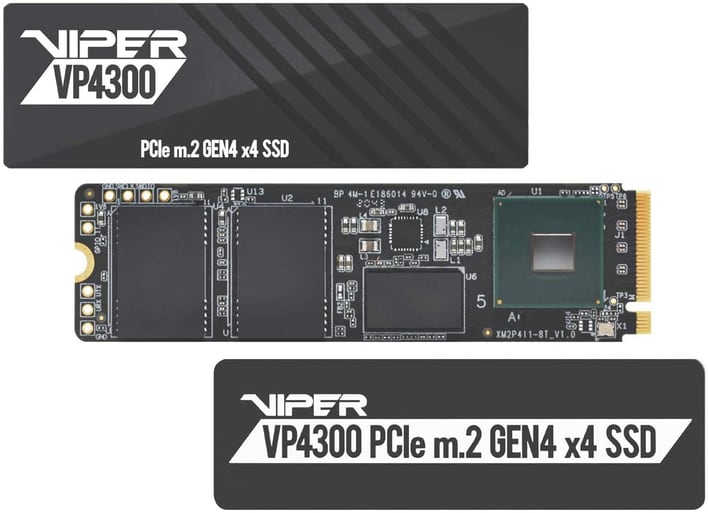 The Viper VP4300 also delivers random reads/writes of 800K IOPS, which is superior to the maximum 650K IOPS/700K IOPS of the T-Force Cardea A440 SSD that we talked about a week ago. 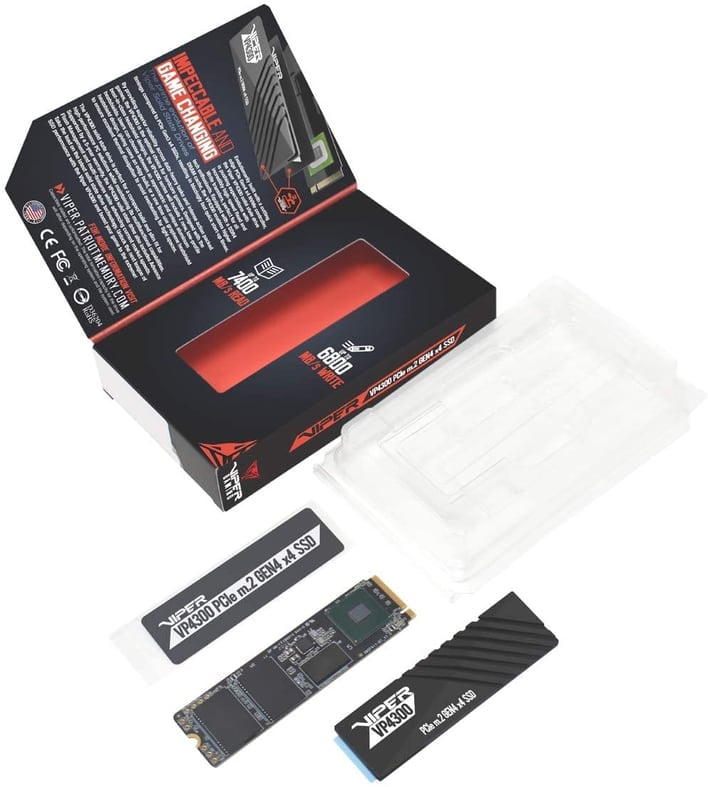 Today's PCIe 4.0 SSDs are blazing fast, and they can also generate a lot of heat. To help keep temperatures down and performance up, the VP4300 offers up two different options. The first option is a traditional aluminum heatsink that can handle being installed in a high-performance gaming rig. The second option is a low-profile graphene heatshield for use in small form-factor PCs or gaming laptops. Even with these cooling solutions, thermal throttling algorithms embedded in firmware ensure that the SSDs don't cook themselves to death under high-load situations.