Snap is making a big play in the land of augmented reality by agreeing to acquire WaveOptics for a bit over $500 million when all is said and done. News of the pending acquisition comes just a day after Snap introduced its next-gen Spectacles, which are lightweight glasses with AR capabilities for the first time, aimed at creators.
The company clearly sees a bright future in AR, and not just for creators, but the public at large. It's a big bet on Snap's part—at roughly $500 million, this ranks as Snap's biggest deal to date. Around half of that will be paid in stock right away, while the remaining portion will be forked over either in cash or stock over the next couple of years. 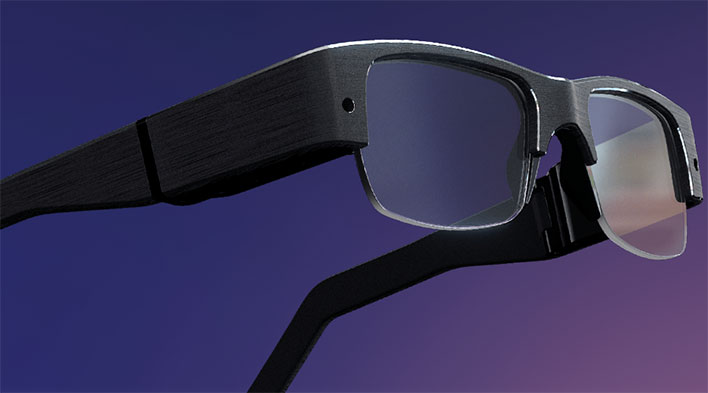 WaveOptics is a startup in the UK with over 100 employees. It also has offices in the US, China, and Taiwan, and before this acquisition, had raised $60 million to date, including a recent Series C funding that brought in $39 million.
"Founded by experts in AR, our whole team is driven to and determined to make AR the next must-have technology. Our experts have invented ways to make impressive AR displays that exceed our customers’ expectations," WaveOptics says.
According to WaveOptics, over 70 percent of its research and development team have PhD's with expertise in nano-photonics, optical design, and the commercial production of head-mounted displays. The company was founded with the goal of enabling mass adoption of AR in all major market segments, including industrial, enterprise, and consumer.
This is a major talent grab on Snap's part, as companies like Google, Microsoft, and Apple continue to develop AR solutions of their own. And of course Snap gains access to whatever IP is held by WaveOptics, which makes components or AR glasses. WaveOptics will continue supplying its parts to companies, and will also develop a custom optical system for Snap.

While a big sum, Snap's acquisition of WaveOptics did not come out of left field. Snap's latest generation spectacles are based on technology provided by WaveOptics. The glasses can display bright images both indoors and outdoors, though the battery life checks in at just half an hour. That is something that will need to be addressed if the tech is to appeal to consumers on a mass scale.
The good news for Snap in that regard is that it can afford to be patient, in what really boils down to an emerging field, as far as adoption goes.