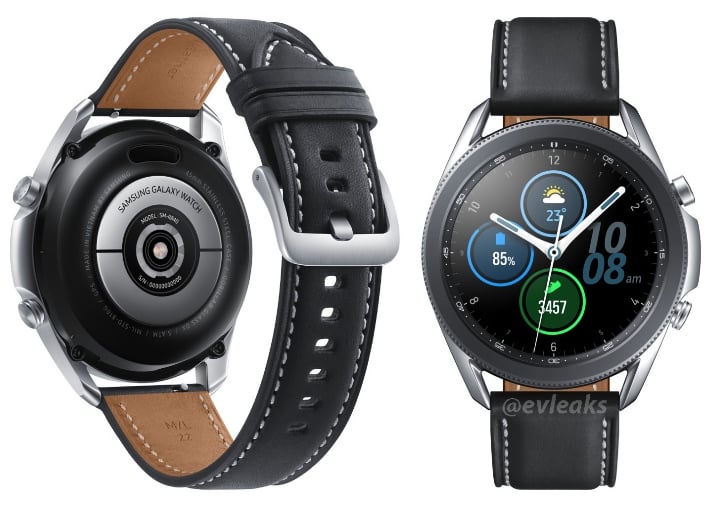 Given that the Apple has a commanding lead in the wearables market with the Apple Watch -- along with a lot of mindshare with consumers -- it's often easy to forget that there are other competent players in this market. One of those players is Samsung, which has for years fielded Galaxy Watch devices with plenty of features and sleek looks. That tradition will extend to this year with the release of the Galaxy Watch 3.

Official renders of the device have leaked from Evan Blass, and they show a very attractive device with Samsung's typical round display (as opposed to Apple's insistence on a squircle). The round display is more in keeping with traditional wrist watches, while still maintaining a modern look thanks to the Tizen-based OS.

This particular Galaxy Watch 3 model has a 45mm stainless case, while its display is protected by Gorilla Glass DX. Given that watches are expected to be put through a lot of abuse, and tend to get banged around a lot, the Galaxy Watch 3 is reportedly MIL-STD-810G certified and is water resistant to 5 ATM. In addition, there are toothed indentations around the bezel of the display, so suspect it will still rotate on the Galaxy Watch 3 allowing you to quickly navigate through the UI.

The Galaxy Watch 3, which carries the SM-R840 designation, will have both Wi-Fi and GPS integrated along with a heart rate monitor (plus ECG) and blood pressure tracking. We're also expecting a robust sleep tracker (something that is finally coming to the Apple Watch family later this year with watchOS 7). Its rumored that batteries will be sized at 247 mAh or 340 mAh depending on the case size, while 1GB of RAM will come standard. There's currently no word on what SoC will be used to power the Galaxy Watch 3, however, we expect that LTE connectivity will be optional for watch-free phone calls.

It's rumored that the Samsung Galaxy Watch 3 will launch in early August alongside Galaxy Note 20, Galaxy Fold 2, and potentially the Galaxy Z Flip 5G.