A prominent leaker has spilled the beans on the upcoming Galaxy Note 20 Ultra, posting some interesting specifications and a set of images, though probably not of the actual handset. They are actual product images, not renders or the usual crop of poor quality, blurry photographs that all too often adorn these kinds of leaks. However, the phone in the photos looks identical to the Galaxy Note 10. In any event, let's dive into it, shall we?
There have been several leaks and rumors highlighting Samsung's Galaxy Note 20 series. Earlier this week, for example, it was posited that the regular Galaxy Note 20 would arrive with a display 'only' capable of hitting a 60Hz refresh rate, rather than going up to 120Hz like the higher end models, the Galaxy Note 20 Plus and Galaxy Note 20 Ultra. 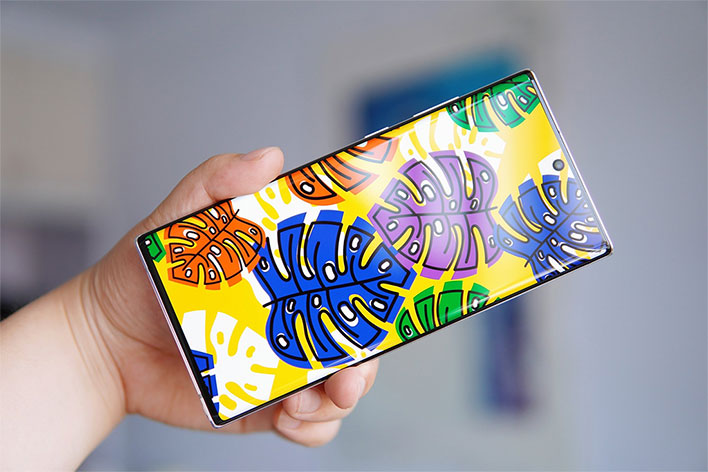 We will have to wait and see, but in the meantime, Twitter user Ice Universe claims the Galaxy Note 20 Ultra touts an LTPO display with a QHD+ resolution and 120Hz refresh rate. According to the leaker, the Galaxy Note 20 Ultra supports both at the same time (QHD+ and 120Hz). That's good news, considering the Galaxy S20 phones support running at either QHD+ or 120Hz, but not both at once.
The Galaxy Note 20 Ultra is also said to wield a Qualcomm Snapdragon 865 Plus processor. That is an interesting nugget, considering there has been some question as to whether the Snapdragon 865 Plus would be released this year. If the information posted by Ice Leaker is accurate, then obviously it will see the light of day in 2020.

In another Twitter post, Ice Universe says the Galaxy Note 20 Ultra is not micro-curved like the Galaxy S20, but is "steep curved similar to Note+." And compared to the Galaxy Note 10 Plus, the bezels are said to be 0.29mm narrower, with a punch hole that is 1mm smaller. It's also said that the fuselage is 0.3mm thinner and the forehead and chin are together 0.4mm narrower.