Qualcomm Snapdragon 865 Plus Chip Might Not Happen This Year, Here's Why 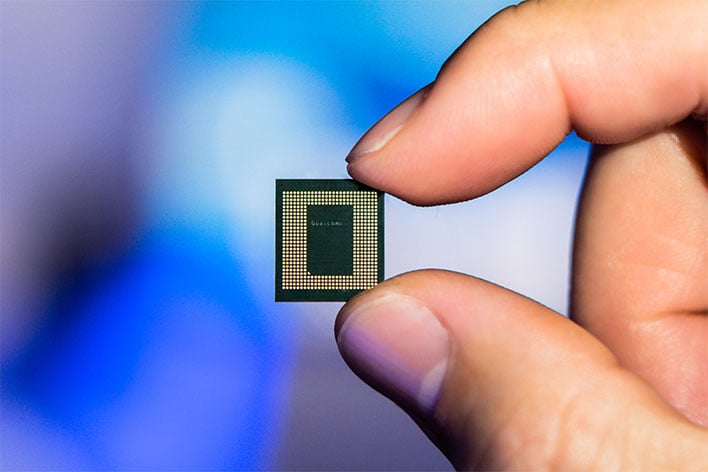 Around 8 months passed between the time Qualcomm announced its Snapdragon 855 and Snapdragon 855 Plus chipsets. The expectation was that Qualcomm would stick to a similar time frame for its Snapdragon 865 and Snapdragon 865 Plus, which could mean the latter would be unveiled in July. It doesn't look like that will happen, though.
The Snapdragon 865 launched in mid-December 2019, just as the Snapdragon 855 debuted a year prior, in December 2018, followed by the Snapdragon 855 Plus in July 2019. Qualcomm's first Plus variant brought with it faster clocks and a decent bump in performance, making it the go-to slice of mobile silicon for high-end smartphones, until the Snapdragon 865 arrived.
We are expecting the same kind of thing from the Snapdragon 865 Plus. However, Wan Zhiqiang, the CMO of Meizu, a consumer electronics company in China, stated on Weibo that Qualcomm will not actually be releasing a Snapdragon 865 Plus this year. So, the non-Plus variant will remain the flagship SoC of choice for high-end smartphones (like Samsung's Galaxy S20) through the rest of 2020, and early into 2021.
Assuming Zhiqiang's information is accurate, it is not quite clear why Qualcomm would delay the release. The obvious assumption is because of the COVID-19 outbreak. In addition to claiming lives, which is obviously the biggest concern, the Coronavirus pandemic has significantly disrupted manufacturing and business operations in general.
Qualcomm might also be running into other issues, such as yields and stability, though those are less likely explanations.
Fortunately, the Snapdragon 865 remains a stout mobile chip. It's comprised of a Kyro 585 CPU block with four ARM Cortex-A77 cores clocked at 2.8GHz and four lower-power Cortex-A55 cores clocked at 1.8GHz. It also features an Adreno 650 GPU and a 5th generation Hexagon 698 AI engine, along with integrated Wi-Fi 6 and Bluetooth support.
One final note—if Qualcomm does indeed decide not launch a Snapdragon 865 Plus SoC this year, it will be interesting to see if it ever does materialize, or if the company decides to jump straight to a Snapdragon 875 SoC next year.