Samsung Galaxy Note 20 Plus Could Get A 108MP Camera Upgrade

Camera performance is one of top considerations when buying a smartphone these days, and the Galaxy Note 20 Plus could debut with a 108-megapixel sensor for its primary shooting chores. This is no longer a new sensor, of course—the Galaxy S20 Ultra sports a 108MP shooter, along with a 12MP ultra-wide camera, 48MP telephoto lens, and a depth vision camera on the backside.
According to Ice Universe, a prominent leaker in the mobile space, Samsung will also equip the Galaxy Note 20 Plus with another sensor to help with focusing. The Galaxy S20 Ultra has been the subject of criticism over the camera's struggle to properly focus objects that are in close proximity, and while there have been software patches to address this, this rumor suggests Samsung is looking at an actual hardware fix.

Ice Universe also posted a couple of supposed render designs of the Galaxy Note 20 Plus. Here is a look... 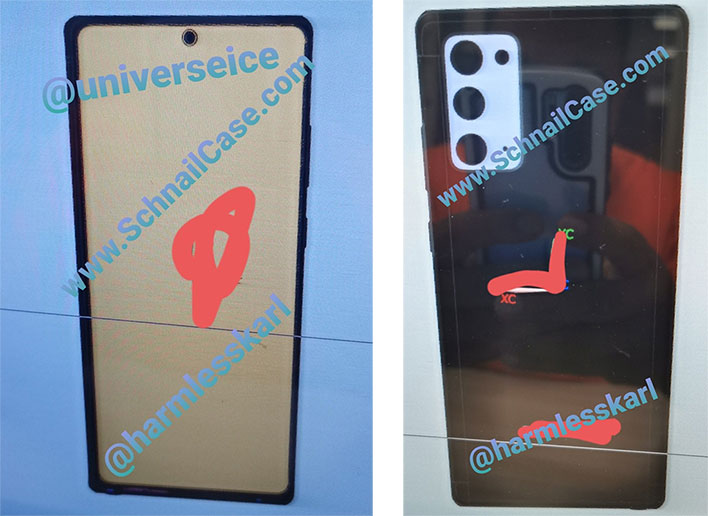 The leakers says not to get too caught up in comparatively chunky bezel because it's "just a rough design preview." In other words, the final design will look different than these images, though we get an overall glimpse of the phone. Notably, we see it's a full screen display with a punch hole at the top for the front-facing camera, and on the back, it seems Samsung is going with a rectangular boxout for the rear camera arrangement.
We see three rear cameras on the back, along with a smaller circle. This could be the flash, or perhaps the additional sensor rumored above, to help the 108MP shooter bring objects into better focus. We will have to wait and see.
As for the core hardware and features, rumor has it the Galaxy Note 20 Plus will sport a 6.87-inch display while the regular Galaxy Note 20 will debut with a 6.42-inch screen, both powered with a Qualcomm Snapdragon 865 processor (or Samsung's Exynos 992) and 12GB of RAM.