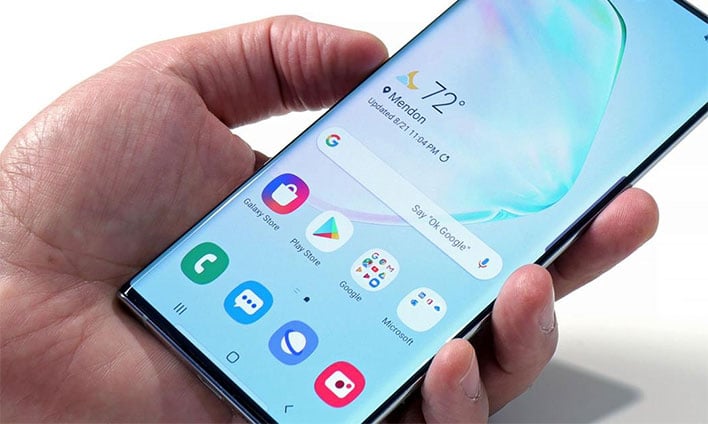 Samsung has been the recipient of some criticism over its implementation of a 120Hz refresh rate on its Galaxy S20 smartphones, or more specifically, the seemingly artificial limitations it imposes on enabling the faster setting. The company's upcoming Galaxy Note 20 might be a bit more flexible in that regard, with a rumored refresh rate option that would dynamically change the setting depending on the app that is running.

Cranking the dial to 120Hz can make certain content look and feel quicker and smoother. It comes at the expense of battery life, though, and that could be why Samsung decided to block the Galaxy S20 from running at 120Hz at the highest (and native) screen resolution setting. It doesn't matter what app is running, 120Hz is a no-go at the max resolution.
That might not be the case with the Galaxy Note 20. As spotted by SamMobile, a popular leaker on Twitter (Ice universe) posted a photo showing the Galaxy Note 20 Ultra as having a "Dynamic" display setting that would prompt the handset to automatically switch between 60Hz and 120Hz, depending on what content is being display. 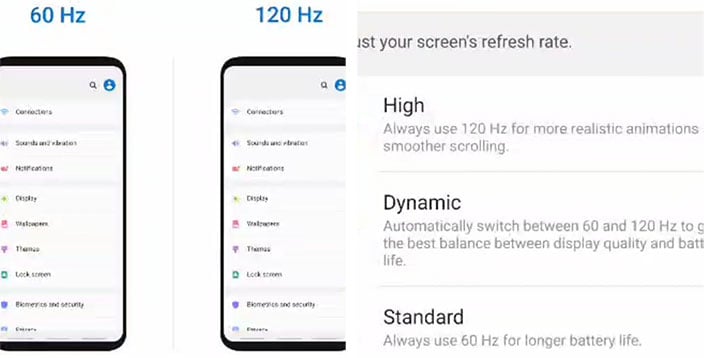 It's sandwiched between two other display options: High, which direct the phone to always run at 120Hz "for more realistic animations and smoother scrolling," and Standard, which would lock in a 60Hz refresh rate for "longer battery life."
"This is one of the firmware versions of the Galaxy S20 series. We see that not only the WQHD + 120Hz mode can be selected, but also the dynamic mode, which is a very mature solution. Better than limited to FHD. Let's expect Samsung to implement such a solution as soon as possible," Ice universe says.
It is worth noting that we don't know for sure if the regular Galaxy Note 20 will arrive with a 120Hz display. Assuming it does, it's also not clear if both it and the Galaxy Note 20 Ultra will support running at a 120Hz refresh rate at each handset's respective max resolution. This does not necessarily go hand-in-hand with a dynamic display setting.

Either way, the presence of this feature in firmware is interesting, and is potentially something Samsung could port over the Galaxy S20 series as well, in a future update.