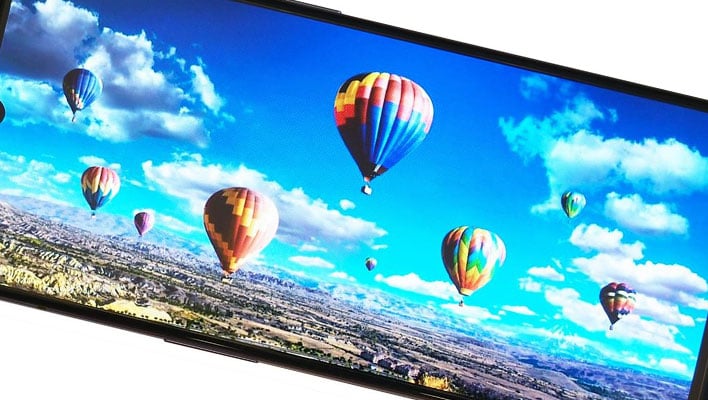 Few people will miss the era of 60Hz smartphones when it finally comes to an end someday. Who knows when that day will actually arrive, but in the meantime, smartphone makers are slowing migrating to faster displays. To show the benefits of a faster refresh rate, OnePlus CEO Pete Lau uploaded a couple of video clips to Twitter highlighting the 120Hz display on the upcoming OnePlus 8.
I've often said that 120Hz is 'gaming phone' territory, and that's true—the Razer Phone 1 and Razer Phone 2 both sport a 120Hz display, as does the ASUS ROG Phone II. At the same time, we are seeing non-gaming phones adopt the faster refresh rate as well. OnePlus confirmed it will arrive on its OnePlus 8 series, and Samsung is adopting a 120Hz screen on its Galaxy S20 phones (though it might only work at Full HD).
If you are wondering what the benefits are outside of gaming, OnePlus is happy to answer that question. Here's a look at scrolling at 120H, versus scrolling at 60Hz, on the OnePlus 8...

The OnePlus 120Hz Fluid Display: The smoothest, most effortless scrolling experience ever on a smartphone. pic.twitter.com/I4FWP64NfO

Scrolling is smoother at 120Hz, with Lau saying the 120Hz Fluid Display on the OnePlus 8 offering "the smoothest, most effortless scrolling experience ever on a smartphone."
There's a bit of marketing hype in that statement. There is less hitch in scrolling and animations on a 120Hz display, though the difference is mostly noticeable when slowing the video way down to 25 percent speed. At that speed, the jerkiness of the 60Hz display comes into view, while the 120Hz display remains smooth.
Take the above as a technical demonstration, though, because generally speaking, scrolling on 60Hz phones is not a choppy experience. That said, here's another video Lau uploaded...

If you’ve seen high-quality TVs, you’re no stranger to MEMC. We’ve created a custom MEMC chip that can push ordinary 30fps video up to 120, so any video gets the full advantage of our 120Hz Fluid Display. pic.twitter.com/YPD3fw5uOn

"If you’ve seen high-quality TVs, you’re no stranger to MEMC. We’ve created a custom MEMC chip that can push ordinary 30fps video up to 120[fps], so any video gets the full advantage of our 120Hz Fluid Display," Lau explains.
MEMC, or motion estimation and motion compensation, injects additional frames into videos to smooth things out. It can also make videos look a bit unrealistic, lending to a so-called soap opera effect, depending on the content.
We'll have to wait and see how the implementation in the OnePlus 8 works out, though at least in the example above, the MEMC-enabled clip (left) looks smoother and better than the non-MEMC clip (right). As with the other video, however, it's a slow motion clip.
OnePlus has not announced a launch date for the OnePlus 8, though we anticipate it arriving in the spring or summer.