Yesterday, it was reported that Samsung Electronics President Young Sohn declared that 1 million Galaxy Fold devices had been sold since its summer launch. That was quite an achievement for a phone priced at $1,980, but as it turns out, Sohn was mistaken. In a statement to South Korea's Yonhap News Agency, a Samsung representative said that Sohn's statement was inaccurate, ant that Galaxy Fold sales have not surpassed 1 million. In fact, the stated sales goal for Galaxy Fold through 2019 is 500,000 units. There is no indication as to whether Samsung has surpassed that goal yet. Our original story is below:


Samsung's Galaxy Fold got off to a rocky start after reviewers found out that the device was prone to failure, in part due to a hinge that would allow debris to enter the display panel. As a result, Samsung delayed the launch to rework the hinge, "tuck in" the protective film on the display, and make other minor updates.

The reinvigorated Galaxy Fold debuted in September and has since gone on to meet Samsung’s expectations with respect to sales. In fact, many enthusiasts might be surprised to learn just how many of the smartphones Samsung has sold so far. 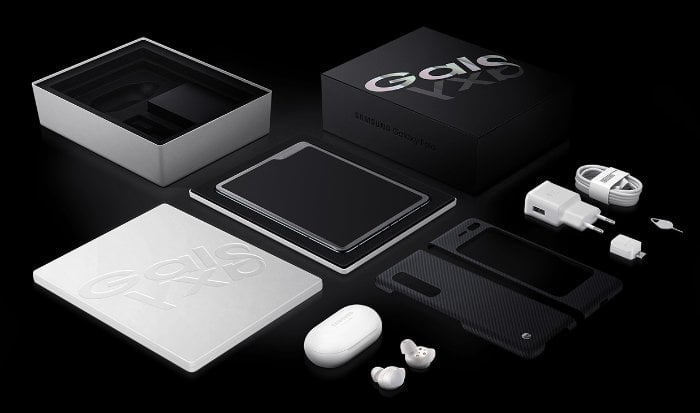 While speaking at TechCrunch Disrupt in Berlin, Samsung Electronics President Young Sohn was asked about sales of the device. “And I think that the point is, we’re selling [a] million of these products," said Sohn. "There’s a million people that want to use this product at $2,000.”

One million units might not sound like a lot in the grand scheme of things, but you have to remember that the Galaxy Fold retails for a staggering $1,980. So that fact that the company was able to get a million people to purchase what is by all accounts an expensive laboratory experiment is quite the feat.

However, reports indicate that the Galaxy Fold 2 will be roughly half the cost of the Galaxy Fold, which could help with Samsung's goal of selling 6 million folding smartphones in 2020.