Samsung has been the subject of a number of disappointing news reports lately, between a security flaw affecting 100 million Galaxy devices, hacker group LAPSUS$ stealing Galaxy device source code, and Samsung’s Game Optimizing Service (GOS) throttling games, while leaving benchmarks free to run at full tilt. This week, Samsung confirmed and responded to the Galaxy source code theft, and the company has now published a detailed response to the GOS allegations.
Samsung initially responded to these allegations last week after investigating the matter. Kelly Yeo, a Samsung spokesperson, told The Verge that the company plans to release a software update in the near future that will enable users to “control the performance while running game apps.” The spokesperson also stated that GOS is intended to help games achieve “great performance while managing device temperature effectively,” adding that “GOS does not manage the performance of non-gaming apps.”
This statement conflicts with the initial allegations that point to a list of over 10,000 apps that GOS detects, including non-gaming apps, insinuating that GOS throttles these apps as well. The notable exceptions from this list are benchmark apps. Performance benchmarks are typically expected to measure real world performance, but, by throttling some apps and not throttling benchmarks, GOS causes benchmarks to produce inflated performance numbers that do not match the performance of throttled apps. Samsung’s initial statement on this matter did not stop Geekbench from delisting the Galaxy S22, S21, S20, and S10 for “benchmark manipulation.” 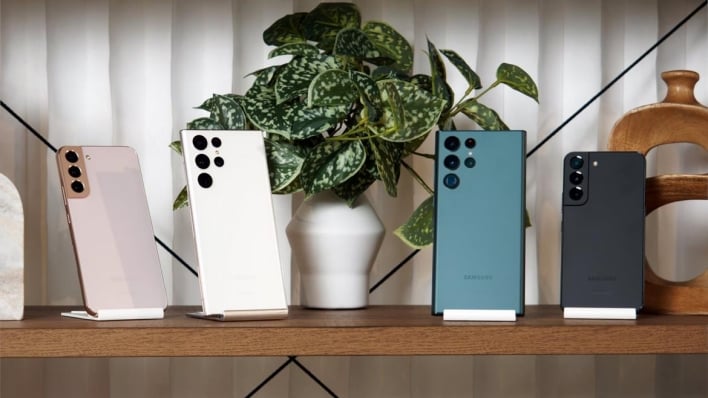 Samsung appears to be under increasing scrutiny over this matter in its home country of South Korea as well, where the Fair Trade Commission (FTC) has purportedly received a complaint that Samsung violated advertising laws when promoting the Galaxy S22. Advertisements for the S22 used the phrase “best performance ever,” which has been called into question by the GOS throttling allegations. It remains to be seen whether the South Korean FTC will investigate Samsung over the filed complaint, but that possibility looms over Samsung.

This week, Samsung released a detailed FAQ about GOS on its Korean support website. According to the FAQ, GOS does not throttle non-gaming apps, contrary to the original allegations. "GOS works for product safety such as excessive heat when running high-end games, and does not work for general apps other than games. Some claim that a list of 10,000 apps comes out when the database in the GOS APK is extracted, but this list is for the purpose of quickly determining whether a newly installed app is a game or not, and has nothing to do with GOS," notes the Samsung FAQ. As noted above, the list does not include benchmark apps. If Samsung is to be believed, the absence of benchmarks from the list has nothing to do with GOS not throttling benchmarks, as GOS also does not throttle non-gaming applications that are on the list.

The FAQ specifically addresses benchmark apps, saying that benchmark apps are not throttled because they are not gaming apps. The FAQ goes on to say that GOS specifically throttles games that are performance-heavy and undergo sustained use as a safety measure to prevent excess heat. However, Samsung says that its plan to lift the CPU/GPU clock limit for games will not make its phones unsafe, as Samsung will optimize its temperature control algorithms to ensure user safety. The company says that lifting the clock limit nets an extra 10 frames-per-second (FPS) in Genshin Impact. If Samsung follows through with its promised update, the Galaxy S22 and other models with GOS should receive this performance boost, according to the FAQ.