Today, Samsung held its 53rd Annual General Meeting with around 1,600 shareholders in attendance. One of the topics of the meeting was the recent controversy surrounding Samsung’s Game Optimizing Service (GOS), which is present on the company’s Galaxy line of devices. GOS throttles game performance, and allegations circulated earlier this month claiming that the throttling extended to non-gaming apps on a list of over 10,000 apps detected by GOS.

However, it seems that these initial allegations were based on a misunderstanding. Following the South Korean Fair Trade Commission (FTC) receiving a complaint about Samsung, the company published a FAQ about GOS, asserting that the list of over 10,000 apps, rather than being a list of apps that GOS throttles, is instead a list that provides GOS with the information necessary to quickly determine whether to throttle an app or not. Android Police was later able to confirm this claim by digging into the GOS code. 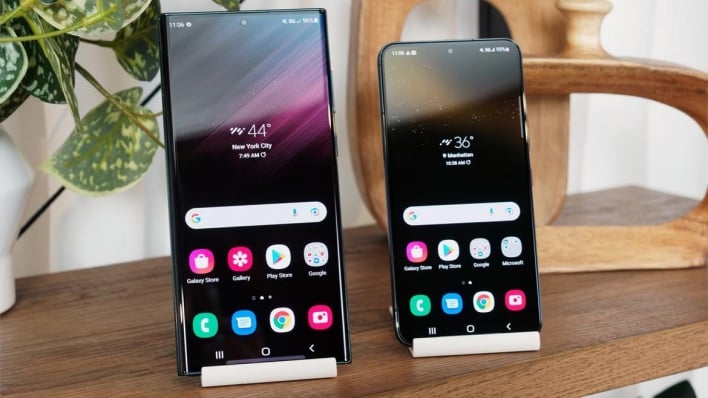 However, even though the initial allegations that GOS was throttling a wide variety of popular non-gaming apps turned out to be false, the fact remains that GOS throttles games. This throttling is significant because GOS does not throttle benchmark apps, resulting in a performance discrepancy between benchmarks and gaming that inflates benchmark scores above real world performance. This discrepancy prompted Geekbench to delist the Galaxy S22, S21, S20, S10, and Tab S8 lines of devices on grounds of “benchmark manipulation.”

Today’s shareholder meeting saw Samsung’s Vice Chairman and co-CEO, Han Jong-hee, give a deep bow of apology while saying, “We were unable to properly consider our consumer’s needs.” Like the FAQ mentioned above, Han cited heat mitigation as the reason for GOS throttling: “The device’s consistent performance is crucial when enjoying high-end games so we limited the performance of CPU and GPU to the appropriate levels to minimize overheating while maintaining consistency.”

Samsung previously announced plans to release an update addressing GOS throttling and giving users more control over device performance, prompting a question during the meeting regarding device overheating and safety concerns. Han responded by saying, “We will secure safety using a heat control algorithm. We will continue to add new functions to prevent overheating.”