It's astonishing how far CPUs have come in just the last few years. After stagnating at 4 cores while slowly growing single-threaded performance for nearly a decade, mainstream desktop CPUs have seen explosive growth in both single- and multi-core performance recently thanks to renewed competition between Intel and AMD.


Intel's 12th-gen Alder Lake chips weren't quite a killshot against AMD's extant Zen 3-based Ryzen 5000 processors, but it's difficult to deny the advantage that the blue team's single-threaded throughput offers its CPUs in client workloads like web apps and gaming. Sure, AMD recaptured the gaming performance crown with the impressive Ryzen 7 5800X3D, but that chip still lags behind even AMD's other processors in generalized compute. 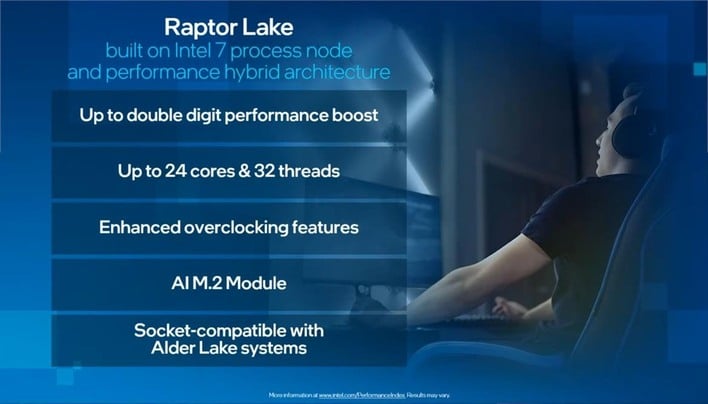 Teams both blue and red are revving up new lines of CPUs to go head-to-head. Intel will be releasing an updated lineup for its LGA 1700 platform, the 13th-generation Raptor Lake CPUs. Those chips will come with an increase in L2 cache and additional low-power E-cores, but they're still fabricated on Intel 7, just like Alder Lake. 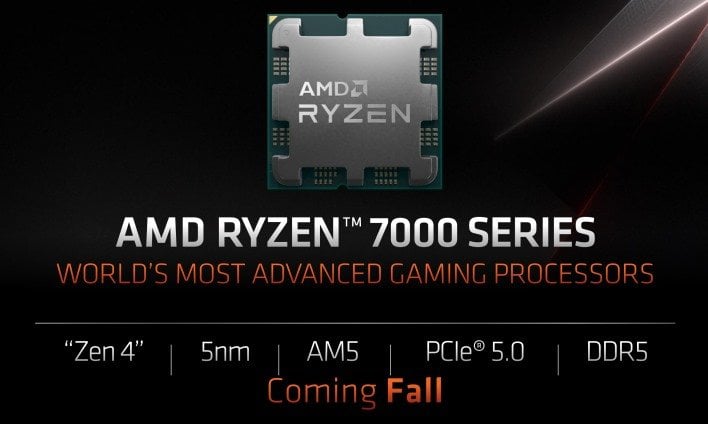 Meanwhile, AMD's next-gen processors will be based on the Zen 4 CPU core and using an all-new platform—the company's first since the release of the original Ryzen processors all the way back in 2017. Socket AM5 will move away from a PGA socket and instead use an LGA, like Intel's processors. Zen 4 itself is a significant core revision from Zen 3 that features massive changes to the processor's I/O die as well as increased L2 cache.

As you can see in the slide above, the desktop processors based on Zen 4 will be known as the Ryzen 7000 series. AMD hasn't announced any model numbers or specifications for the chips just yet, but if Greymon55's latest information is accurate, they'll probably follow existing naming conventions for Ryzen CPUs.
In the tweet pictured above, Greymon55 lists the Zen 4 processors that are likely to hit on launch. He doesn't define any specifications, but we know that the Ryzen 7000 series tops out at 16 cores, just like Ryzen 5000 and 3000. If we go by the extant naming convention, that makes the 7950X the top-end 16-core SKU, the 7900X a twelve-core processors, the 7800X an eight-core processor, and the 7600X a six-core processor.


This is notably the exact same line-up that AMD had for the launch of its Ryzen 5000 series processors back in late 2020. So saying, none of this is particularly surprising, but what is surprising is the further rumor that AMD plans to have Socket AM4-compatible products based on Zen 4 cores.
That notion comes from a reseller and Greymon55 himself notes that it's a rumor of dubious quality, but it's not impossible that AMD could wire up some kind of hybrid design with Zen 4 CPU cores and a Zen 3 I/O die. Doing so would lock you out of many of the benefits of the AM5 platform, including PCIe 5.0 and DDR5 memory, but it might make a tantalizing upgrade option for those with AM4 systems.


AMD hasn't given any solid dates on the Ryzen 7000 series yet, but the "Raphael" processors are expected to have gone into production as early as April this year. A leaked photo from what is purported to be an AMD China "dealer promotion meeting" yesterday seems to indicate that Socket AM5 CPUs will go on sale on September 15th, but there's little context to go with the picture. If that date is accurate, we're less than three months away.