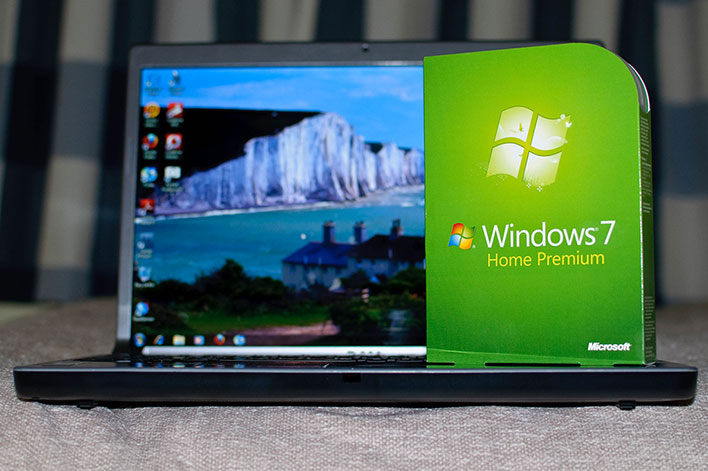 In the words of Willie Nelson, "Turn out the lights, the party's over, they say that all good things must end." Well, the party's almost over, anyway—after more than a decade of dutiful service to the PC faithful, Microsoft is officially ending support for Windows 7 on Tuesday, January 14. For the most part, that means no more security updates and no more support.

There will be exceptions, of course. If a major malware threat emerges, Microsoft may opt to dish out an emergency patch, just as it did with Windows XP when WannaCry was making the rounds. And for businesses that just are not ready to quite the legacy, there is the option of paying for extended support to keep the party going through January 2023.
For just about everyone else, though, this is the end of the line for Windows 7. It's also the end of an era, of sorts. Technically, Windows 8/8.1 represented the last hurray for Windows before Microsoft ditched its monolithic upgrade path with the introduction of Windows 10. But Windows 8/8.1 is a sort of anomaly in the history of Windows, with Microsoft unsuccessfully pushing its Metro UI.
Windows 7 occupied that 'every other' spot in the Windows hierarchy that, for the most part, was liked by users. Here's what I mean...
Windows 7 also arrived at a time before smartphones had become ubiquitous. The iPhone had only arrived a couple of years before, the first Android handset, the HTC Dream (T-Mobile G1) was not even a year old at the time. It was a different landscape, and if you wanted to look something up, chances are you fired up your desktop or laptop rather than your smartphone or tablet.

For some end users, the appeal of Windows 7 has spanned a decade because Windows 8/8.1 sucks, and there is still concern over what kind of privacy is being given up with Windows 10. And for businesses, deploying a new OS can be a costly venture with compatibility hiccups along the way.
According to Stat Counter, Windows 7 accounts for more than a quarter of all Windows systems (26.79 percent, to be exact). That's four times higher than every other pre-Windows 10 OS version combined. But with support ending tomorrow, that figure will likely start to drop at a faster clip than it has already been declining. We saw the same thing with Windows XP.
As a reminder, you can still upgrade from Windows 7 (and Windows 8/8.1) to Windows 10 for free, even though the upgrade offer was technically only supposed to be valid for the first year of Windows 10's release. While not without its downsides, Windows 10 is fairly polished at this point, and it receives ongoing upgrades and support.
Are you still using Windows 7? If so, do you plan to upgrade or are you going to ride things out a bit longer?