Also on tap is 512MB of LPDDR2 SDRAM, 802.11n Wi-Fi and Bluetooth (both 4.2 and LE) wireless connectivity and onboard antenna, a microSD card slot, a mini HDMI port, a micro USB On-The-Go (OTG) port, CSI-2 camera sensor, HAT-compatible 40-pin I/O header, and composite video and reset pins via solder test points.
One thing that shouldn't be understated is that Raspberry Pi Foundation kept the dimensions the same, at 65mm x 30mm. That means existing projects that could benefit from faster hardware could essentially swap out the board, without having tinker with whatever gadget it's going into. That's pretty neat. 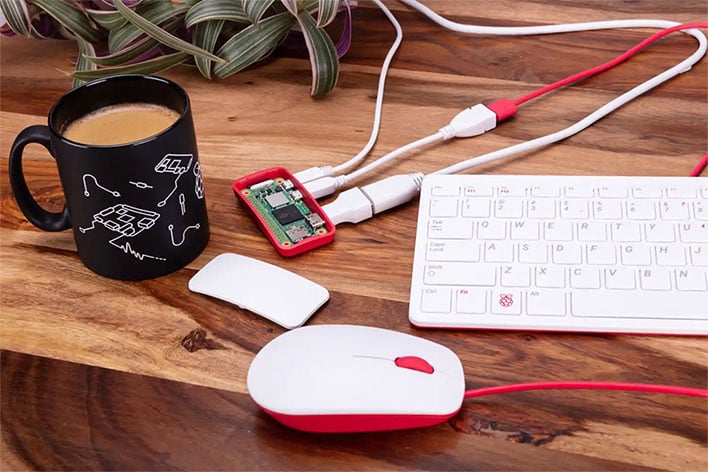 "Raspberry Pi Zero 2 W is perfect for a range of smart home applications and other IoT projects. From security cameras to Bluetooth speakers, Zero 2 W has the tiny form factor and impressive power that make it an ideal computer for your projects," Raspberry Pi Foundation states.
Indeed, we're big fans of the Raspberry Pi and SBC kits in general. Here are some nifty projects we've highlighted over the years...
That's really just the tip of the SBC iceberg, and certainly there are use cases that extend beyond retro gaming. There's just a lot of cool things these relatively inexpensive kits enable.