For the past two weeks the world has been buzzing about Cyberpunk 2077; after all, it is perhaps the most highly anticipated game of the year. While owners of previous generation Xbox One and PlayStation 4 have been highly disappointed in how the game turned out, those running next-gen PlayStation 5 and Xbox Series X consoles along with PC users have fared much better.

With this in mind, one rather inventive tinkerer that goes by the name Wendell has managed to get Cyberpunk 2077 on a Raspberry Pi. Now before you start scratching your head wondering how the heck that’s possible, the Raspberry Pi isn't running the game natively. Instead, it's being streamed from a local PC. 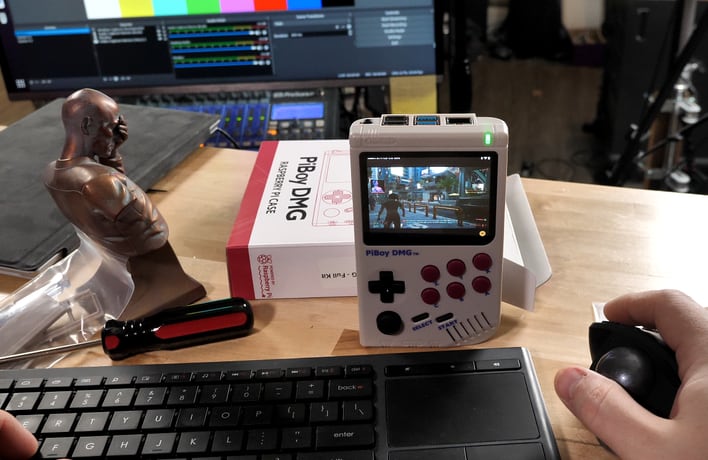 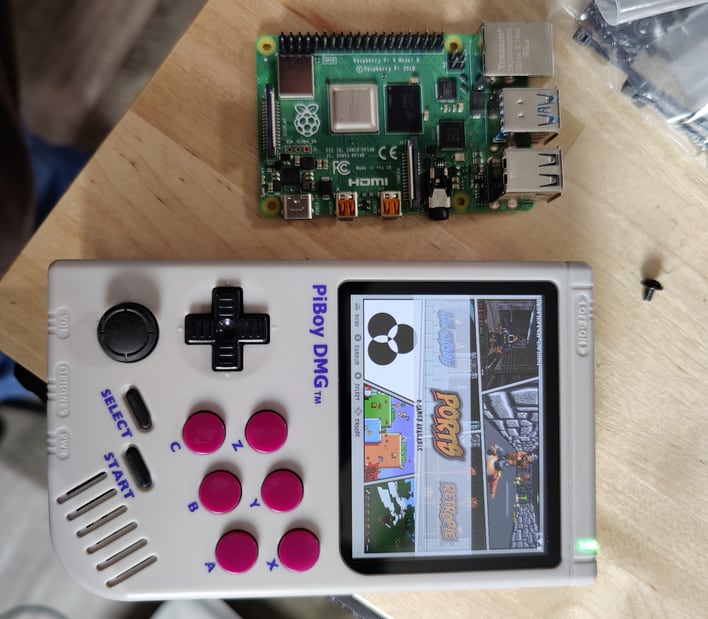 Using the Steam Link app, Wendell was able to stream Cyberpunk 2077 from his networked PC, which is cool to say the least. After a bit of trial and error, he was also able to hook up a Bluetooth keyboard and trackball to control the game. "I was a bit disappointed this didn’t work out of the box on 'Firmware 1.03' from the ExperimentalPi folks, but not too much of a pain to get it working," wrote Wendell. "Otherwise Steam Link works perfectly from initial setup. Pair your PiBoy with Steam on your desktop computer, then you get Big Picture and that’s pretty much it." 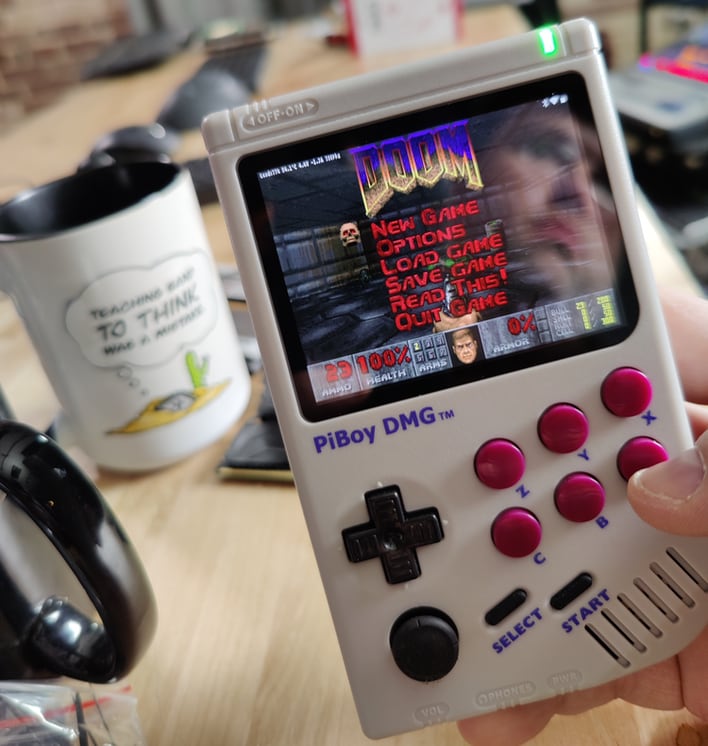 Seeing a next-gen game running on this retro-looking handheld is a bit mind boggling, but the Raspberry Pi community is always coming up with interesting usage cases like this. We can't imagine that staring at this tiny 3.5-inch (640x480) display would be enjoyable for the long haul, but it's a great party trick nonetheless.

It should be noted that in addition to the needing your own PC to stream, you'll also need the Raspberry Pi hardware along with the PiBoy DMG, which alone will set you back $120. But of course, you can use the PiBoy DMG for a lot more than just streaming Cyberpunk, as Wendell also posted some images of the handheld natively playing classics like Doom.