We've all heard that a carpenter is only as good as their tools, and that certainly applies to more than just whittling wood and building tables. In the realm of tech, and specifically extended reality (XR) experiences, Qualcomm's Snapdragon XR2 5G platform is a powerful tool for device makers and developers. Everyone needs to set an example now and then, though, and Qualcomm's new Wireless AR Smart Viewer Reference Design (try saying that one times fast), powered by its Snapdragon XR2 platform, is the cord-free blueprint that could lead to some nifty consumer devices in the near future.
That's what Qualcomm envisions, anyway. The idea is that its reference design can help OEMs and ODMs to cost-efficiently prototype their own hardware solutions, and ultimately deliver lightweight, premium AR glasses to the marketplace "to enable immersive experiences that unlock the metaverse." 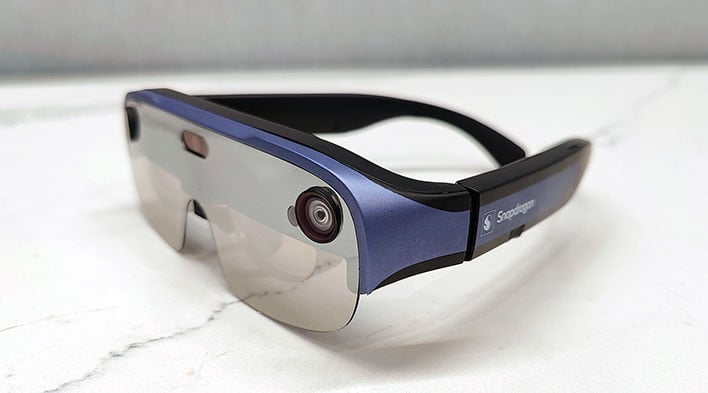 Invoking the metaverse will undoubtedly elicit groans from some, but don't overlook the tech that's play here. Qualcomm's reference glasses are purpose-built for wireless XR experiences, and it's sleeker and more powerful than previous designs. 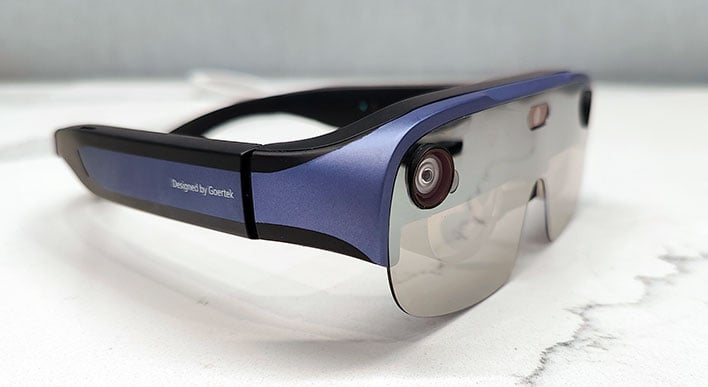 "The AR reference design hardware, developed by Goertek, has a 40% thinner profile and a more ergonomically balanced weight distribution for increased comfort. SeeYA provides the dual micro-OLED binocular display enabling 1920x1080 per eye and frame rates up to 90Hz and a no-motion-blur feature to deliver a seamless AR experience," Qualcomm explains. 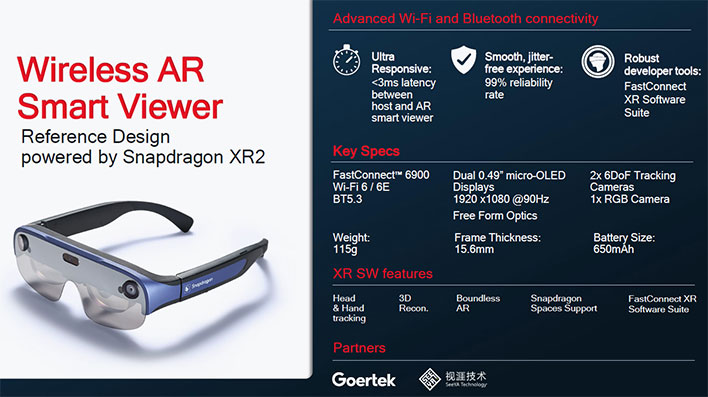 It also features dual monochrome cameras, an RGB camera, six degrees of freedom (6DoF) head tacking, hand tracking with gesture recognition, Wi-Fi 6E/6 and Bluetooth 5.3 connectivity, and a 650 mAh battery for up to around 30 minutes of runtime. What's really innovative, though, is its split processing architecture that distributes workloads between a wirelessly connected smartphone and the built-in hardware. 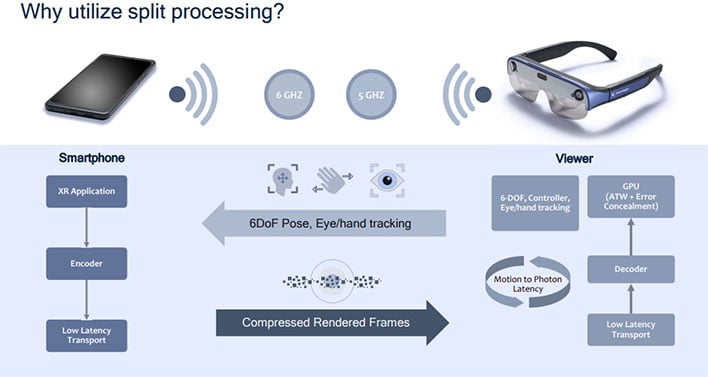 Qualcomm is uniquely positioned to facilitate this kind of setup, given its expertise in both wireless and mobile chipsets. These reference glasses leverage Qualcomm's FastConnect 6900 mobile solution to achieve what the company claims is a less than 3ms latency connection between the glasses and smartphone (and under 20ms motion to photon). That said, this can also work with other wireless solutions, though it's optimized for FastConnect 6900 for lower latency and less jitter.

This split approach is part of the reason why Qualcomm is able to build a slimmer set of glasses. Unlike other goggle solutions in the market, these glasses don't have to incorporate the entire processing engine. That was the case with the previous generation Qualcomm reference platform that had to be tethered to a smartphone, but the latest gen is even more svelte, and ditches the cord. 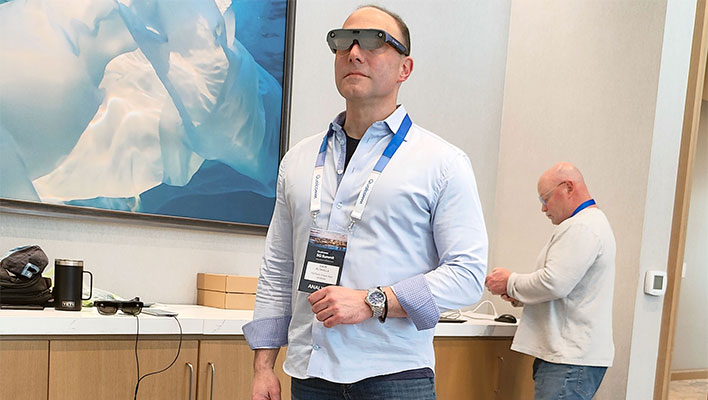 We had a chance to demo the reference glasses and found that the experience was very smooth, with little perceived latency. Just as importantly, we didn't experience any motion weirdness or fatigue.
In our time with the headset, characters represented were more basic polygon style beings, though we're told it's only because developers hadn't yet taken the time to render human participants in more detail. Other areas of the demo were full renders of photorealistic objects and scenery. 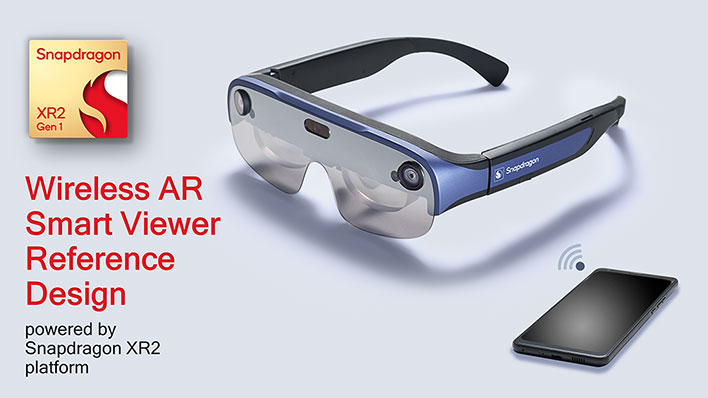 Qualcomm was demonstrating XR experiences that we could walk into and experience visually, while still seeing our physical surroundings. The game demo was especially cool. We were able to sit down (crouch, really) on a couch and get right next to a guy who was playing a video game, and see it from his perspective.
There was also a cooking demo that took place in a kitchen where we could watch food prep in action. We were able to see the ingredients and watch it get all put together from a chef's perspective. it was all very cool and has implications that extend beyond gaming and into collaboration,  education and industrial applications, in addition to consumer retail experiences. We also found that this was less much less disorienting than VR goggles that otherwise isolate you from your surroundings.
Qualcomm is currently sampling its reference design to select partners and expects to make it more widely available in the coming months.