Qualcomm today announced the launch of its Snapdragon Metaverse Fund, which will dole out up to $100 million to developers and companies building unique and innovative immersive extended reality (XR) experiences. It's also teaming up with Square Enix to collaborate on Snapdragon Spaces, an XR developer platform.
The latter is especially intriguing because it sets up the possibility of bringing Final Fantasy into the realm of augmented reality (AR) and virtual reality (VR) with dedicated experiences. Not that anything of the sort was announced, but with the various intellectual property (IP) Square Enix either owns or has access to, this is a notable pairing. Square Enix didn't shy away from hinting at the possibility, either. 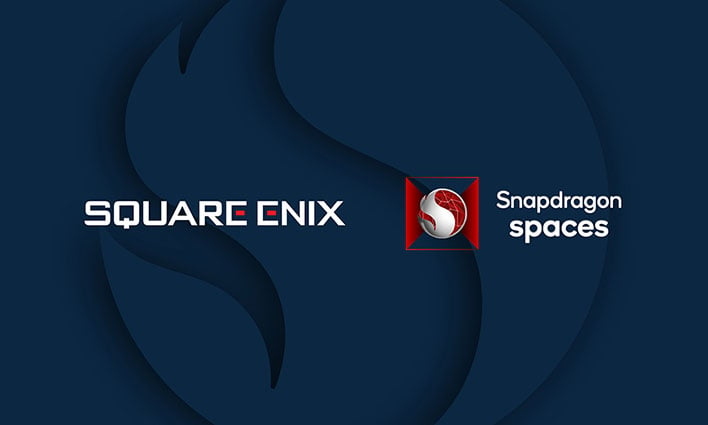 "Square Enix has always been committed to state-of-the-art game technology to push storytelling boundaries, delivering unforgettable experiences for our fans," said Ben Taylor, Technical Director, Square Enix Co., Ltd. "We have been investing in XR and look forward to building on Snapdragon Spaces. In particular, we think the time is right with XR to innovate on games of a classic genre we are especially known for, and we look forward to sharing them with the world to further our mission to help spread happiness across the globe."
The bold text is our doing to emphasize the interesting part of the quote. That's the extent of the collaboration announcement, but it's enough to make the mind wander with the possibilities. Perhaps we'll see Lara Croft make another AR/VR appearance (remember Tomb Raider VR: Lara's Escape?), as Tomb Raider is another notable Square Enix franchise.

Qualcomm Snapdragon Metaverse Fund To Foster The Next Computing Evolution

As for the Snapdragon Metaverse Fund, Qualcomm has a vested interest in seeing the evolution of the web become more than a buzzword. It also envisions Snapdragon having a front row seat, and has committed to spending big to make that happen.

"Qualcomm is the ticket to the metaverse," said Cristiano Amon, president and CEO of Qualcomm Incorporated. "Through the Snapdragon Metaverse Fund, we look forward to empowering developers and companies of all sizes as they push boundaries of what’s possible as we enter into this new generation of spatial computing."
Whether you want to call it the metaverse or something else, Qualcomm's point is that it's been at the forefront of several major computing evolutions, including 5G, AI, and XR, all of which figure prominently into where the web and related experiences are headed. It's $100 million fund is a pretty big carrot for developers to incorporate Snapdragon into whatever they're working on, as it relates to the rapidly expanding metaverse.
The fund will deploy capital through a combination of venture investments in XR companies through Qualcomm Ventures, and a grant program focused on promoting XR experiences in a variety of categories, such as gaming, health and wellness, media, entertainment, education, and enterprise.