Hey Batman fans, how do you feel about playing a Batman game without Batman? We are psyched because the latest trailer for Gotham Knights from WB Games has just dropped and it looks incredible.

The latest trailer highlights that Jim Gordon is gone and Bruce Wayne's Batman is nowhere to be found, though exact details of Batman's whereabouts are not included. What it does provide is a bit of a surprise towards the end. It was always somewhat expected that players likely would be able to play as at least Robin, Nightwing, or probably Batgirl in Gotham Knights. The trailer adds in someone else, a fan favorite anti-hero Red Hood.


Additionally, it shows no shortage of classic villains from the DC intellectual property. Villains include Mr. Freeze, Clayface, and the ever-popular Dr. Harleen Quinzel, better known as Harley Quinn. Along with these familiar faces, we also see the introduction of the secret society believed to "run Gotham" known as the Court of Owls.

While the game is not officially a sequel to anything within the Arkham series, it definitely looks to take a lot of inspiration from it. The gameplay implied from the trailer looks like it might have a similar fighting style as well. This makes sense considering WB Games Montreal was one of the lead development teams behind the Arkham series. 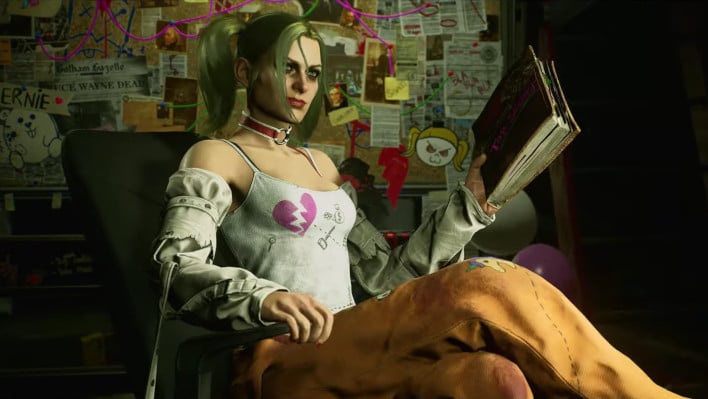 
The official website describes the new game as an open-world, third-person action RPG (role-playing game) featuring the Batman Family. Apparently, the game will also include a two-player online co-op mode. The MSRP for the standard edition is $69.99 while the deluxe edition will be available at $89.99.

Gotham Knights will be available October 21st on PC via Steam or Epic Games, PS5, and Xbox Series X|S. Gotham Knights was originally tipped for an October 25th release, so it is nice to see a game launch early rather than face delays for once. Sorry Playstation 4 and Xbox One owners, the official FAQ says they have no intention to release for these older platforms. Pre-orders are available and will receive a nifty custom Batcycle skin.