Fortnite Summons Batman Zero Point, How To Get The Epic Skin And Wing Glider

Dark Knight fans rejoice, the Batman Zero Point and Fortnite crossover event is officially underway. As part of the collaboration between Epic Games and DC Comics, there are some specialty skins available in the early going, including one for Batman's Wing Glider, and a Rebirth Harley Quinn Outfit. There are a couple of ways you can get them.
The quickest way is to read the accompanying Batman/Fortnite: Zero Point comic books. It is a six issue miniseries, and the first two issues are available now. Contained in issue #1, which released on April 20, is a code for the Rebirth Harley Quinn Outfit. And in issue #2, released yesterday, is a code to claim the Batman Zero Wing Glider.

Epic Games has not yet revealed what other themed goodies will be available, but it has published dates on when the upcoming issues release, each of which will contain a code for something news. Here's a look at the dates...
"The series launches day-and-date in North America, Germany, Italy, Mexico, Brazil, Spain, and the Czech Republic. Please note that paid subscribers of DC UNIVERSE INFINITE (US-only) who read the digital issues on DC Universe Infinite and who are not in a free trial period will also receive the bonus digital codes for Fortnite items for the issues read," Epic Games explains. 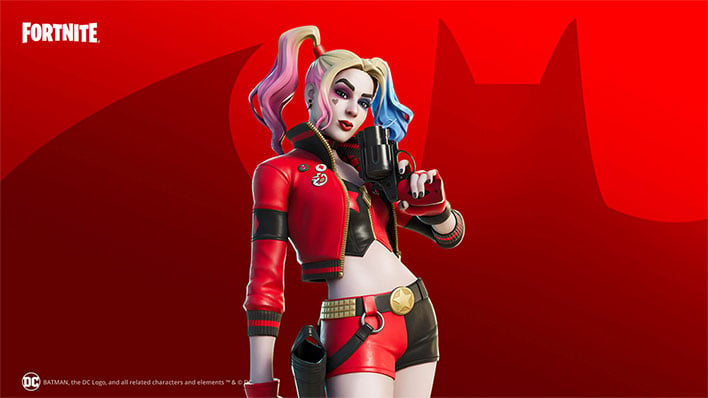 To redeem your code, head to fortnite.com/redeem and either select your preferred platform or sign into your existing Epic account. Input the code into the Enter Access Code field, select Redeem, then select Activate. Once you've done that, fire up Fortnite using the same Epic account and select Battle Royale, at which point you should see a gift box showing your unlocked skins.
Note that the codes expire on May 1, 2025, so you have plenty of time to redeem them (almost a full year).
Outside of the comic book series, you can also purchase themed Batman items in-game. These are being made available the same day as the accompanying comic book releases, save for the Rebirth Harley Quinn Outfit, which will remain an exclusive comic book item until sometime in June.
If you manage to redeem all six codes from the miniseries, you'll be rewarded with a special Armored Batman Zero Outfit. In the meantime, you can find a Batman Zero skin in the game's store, along with the Batman Zero Wing Glider (if you're not redeeming a code) and a Grappling Axe.