We have been eagerly anticipating the launch of Google's newest flagship smartphones, the Pixel 6 Pro and Pixel 6, and the big day has finally arrived. Ahead of the launch event, we managed to get our hands on both models to give you a first look at Google's latest handsets. Analysis and benchmarks will come at a later date. For now, we are able to share a handful of shots from our photo shoot, as well as a video tour, and list out the full specifications of both devices. Let's get rolling.

Google says it "completely reimagined" the Pixel 6 Pro and Pixel 6, both inside and out. As you can see in rear shot above, both models sport similar industrial designs, with prominent camera bumps on the backside, and IP68 water and dust resistance.


Under the hood and powering both devices is Google's new Tensor SoC, its first home-brewed mobile processor, which it custom-designed for its Pixel lineup. According to Google, this helps make the Pixel 6 series up to 80 percent faster than last year's Pixel 5. Google's promising faster app launches, more responsive gaming, and just a smoother experience overall.

Beyond whatever raw horsepower is on tap, Google also says Tensor enables certain on-device AI features, like faster and more accurate speech recognition, and image processing. We'll be sure to test these claims out in due time.

For memory and storage, the Pixel 6 touts 8GB of LPDDR5 RAM joined by 128GB or 256GB of baked-in UFS 3.1. The Pixel 6 Pro, meanwhile, ups the ante with 12GB of LPDDR5 RAM, and in addition to 128GB and 256GB storage options, there's also a 512GB SKU. As always, these capacities are pre-formatted allotments. 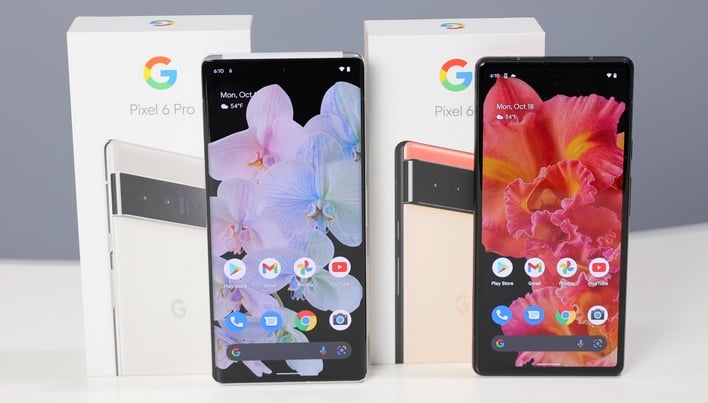 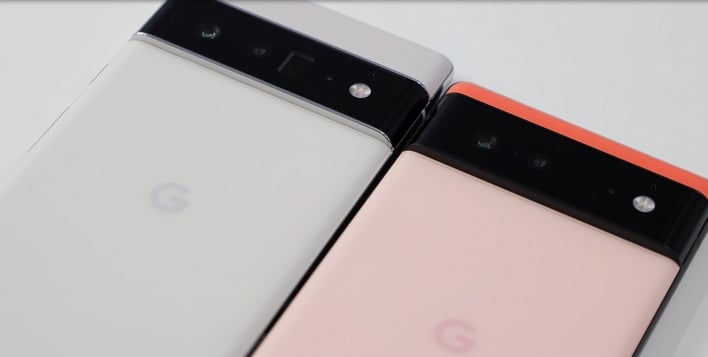 On the Pixel 6 Pro, Google added a 48-megapixel telephoto camera (f/3.5 aperture, 23.5-degree field of view, 1/2-inch image sensor, 4x optical zoom, Super Res Zoom with telephoto up to 20x). This too benefits from optical and electronic image stabilization.
Remember the rumored Magic Eraser feature? Google confirmed it today, saying it makes quick and easy work out of removing photo-bombers and other unwanted distractions from your photos. This is another feature we've very curious and eager to test out. 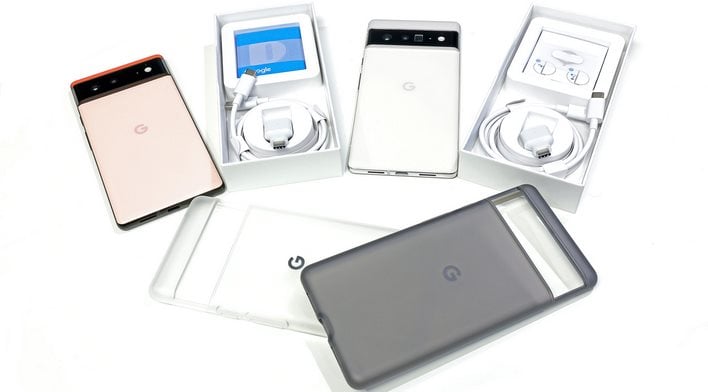 In both boxes, Google provides some tiny literature, a SIM extraction tool, a USB Type-C cable, and a USB Type-C to Type-A adapter, but no AC power adapter (a 30W USB Type-C charger is available separately). Google also offers up an assortment of cases for its latest Pixel phones.
Google says users can get all-day battery life out of its Pixel 6 handsets, with the phones rated to last beyond 24 hours even on 5G. Part of that comes by way of its Adaptive Battery technology, which learns your favorite apps so it's not wasting precious electricity on ones you never use. And when you turn on Extreme Battery Saver, Google claims its Pixel 6 phones can last up to 48 hours. 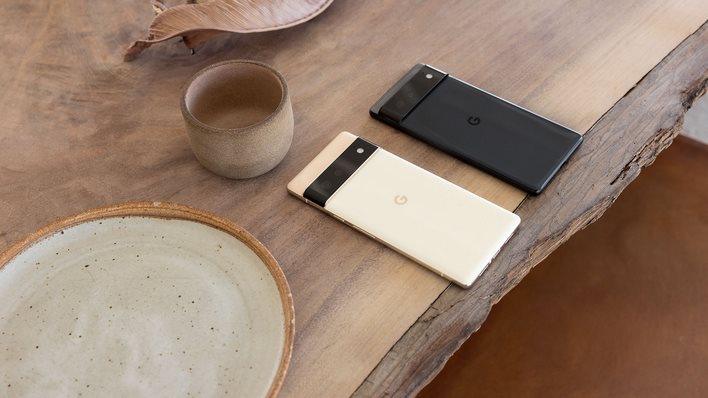 Other notable features include... 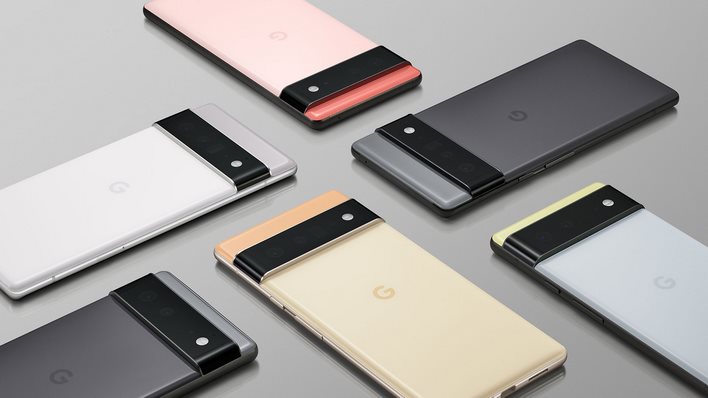 These also both come with Android 12 out of the box, and the promise of at least five years of security updates. Combined with the aforementioned prices and features, it seems Google has a lot of offer on tap, but we'll have actual impressions and performance metrics in our review in the days ahead.