Google’s flagship Pixel 6 and 6 Pro may be more affordable than previously reported, according to a recent post on Twitter. This should come as amazing news to Pixel fans awaiting the release of the 6 and 6 Pro with Google’s new Tensor chip, it's first home-brewed SoC for mobile phones.

Google is set to reveal all the remaining details of its upcoming Pixel 6 and 6 Pro tomorrow, October 19, during as scheduled event. Earlier reports had hinted that the phones' pricing was going to be more in line with other competitor’s flagship smartphones. The rumored pricing had the Pixel 6 starting at $749 and the Pixel 6 Pro at $1,049. 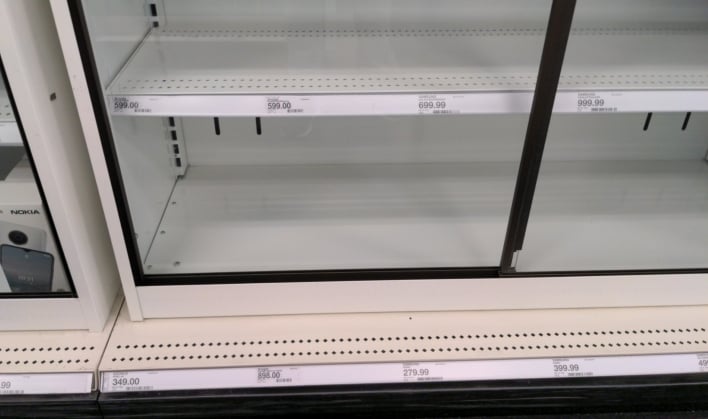 However, a leak on Twitter tells a slightly different story as far as pricing for the Pixel lineup goes. A post by Evan Lei shows a picture of price tags from a Target store. Those prices have the Pixel 6 with a cost of $599 and the Pixel 6 Pro showing for $898. These prices were said to be double-checked by Target staff and purportedly are in fact correct (we'll see).

The new Pixel phones are said to have one of its biggest camera overhauls to date. One of the new features leaked was “Magic Eraser” which will remove unwanted image elements from a photo. Users will be able to use the new feature while viewing a 6.4-inch 90Hz FHD+ OLED display for the Pixel 6 and a 120Hz 6.7-inch FHD+ OLED display for the Pixel 6 Pro.

If the latest leaked prices hold true, Pixel fans will be celebrating. The Pixel 6 would come in cheaper than last year’s Pixel 5, which was priced at $699. The 6 Pixel Pro will compete nicely at the rumored pricing with comparable Apple and Samsung phones as well.

Are you excited to find out all the details of the release for Google’s newest Pixel phones? Do you plan on purchasing one at launch tomorrow? Let us know in the comments.