Did you think "ConnectorGate" was done? Think again, readers. Sure, Gamers Nexus went above and beyond the call of duty testing NVIDIA's 12VHPWR connector adapters for the GeForce RTX 4090 and determined the most likely causes of the failures, and sure, NVIDIA corroborated their findings with its own data. There's still the matter of that class-action lawsuit, though, and PCI-SIG has now weighed in with its own remarks on the topic.

PCI-SIG represents the consortium of vendors that agree on the open PCI standards. This includes PCI Express as well as many adjacent and older technologies. The group made a statement on the 12VHPWR connectors specifically in the context of the lawsuit, which we will reproduce here:

We [...] have been informed of a recent lawsuit: Genova v. Nvidia Corporation, U.S. District Court for the Northern District of California case No. 5:22-cv-07090. The lawsuit alleges, in part, that 12VHPWR cable plugs experienced "melting [...] posing a serious electrical and fire hazard".

PCI-SIG wishes to impress upon all Members that manufacture, market or sell PCI-SIG technologies (including 12VHPWR connections) of the need to take all appropriate and prudent measures to ensure end user safety, including testing for the reported problem cases involving consumers as alleged in the above-referenced lawsuit. Members are reminded that PCI-SIG specifications provide necessary technical information for interoperability and do not attempt to address proper design, manufacturing methods, materials, safety testing, safety tolerances or workmanship. When implementing a PCI-SIG specification, Members are responsible for the design, manufacturing, and testing, including safety testing, of their products.


This is quite an interesting statement, even taken completely at face value. PCI-SIG clearly wants to make it known that it feels the connectors themselves are not at fault, and that the fault for the failure lies on the manufacturers. In this regard, it would seem like PCI-SIG is laying the blame squarely at the feet of NVIDIA and its board partners (remember, FE cards were not immune to the failures.) 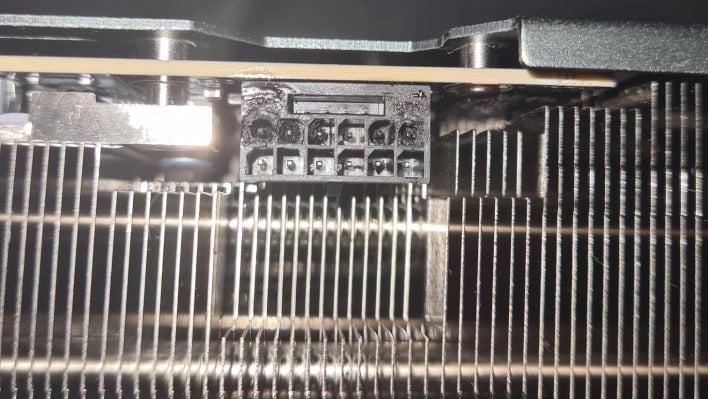 In case you're out of the loop on this whole situation, some RTX 4090 owners—around 50 globally, according to NVIDIA—reported that the 12VHPWR connector on their cards suffered an overheating incident that resulted in melted connector housings and damaged cables.


The failures were initially posited to be the fault of faulty adapters, but after extensive analysis, it turned out that the overwhelming majority (if not all) of the failures were the result of user error. The 12VHPWR connector can be extremely hard to plug in all the way, and the lack of a solid "click" or "snap" when it's fully seated can also be deceptive.


In our eyes, the fault ultimately lies with users for not fully seating the connectors, but your author feels that there may be some fault with NVIDIA, its board partners, and indeed PCI-SIG for not anticipating this state of affairs. PCI-SIG was recently requesting suggested revisions to the connector, but it has to be stated that the group warned about this possibility before any products with the plug hit the market.

In that light, it's probably fair to say that NVIDIA and its partners should have taken more steps to make sure that end-users were aware of the danger of not fully-seating the connector, but we'll keep you appraised of what the court decides.