In case you haven't heard, NVIDIA's recent high-end GPUs are using a new connector, known as "12VHPWR". That's "twelve-volt high power" in ATX-spec-speak, and it's a small plug with twelve pins that can supply up to 600 watts of power for thirsty graphics cards. The GeForce RTX 4090 includes an adapter that converts four legacy eight-pin power connectors to a single 12VHPWR, and those adapters have been melting down. 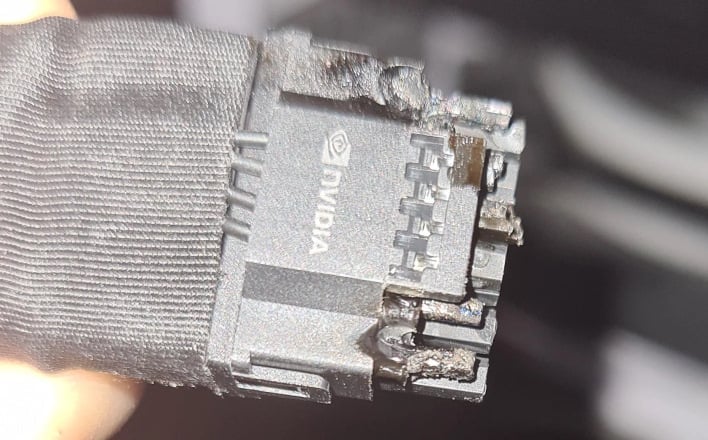 We reported on this issue on Monday, where a Reddit user posted pictures (including the above) of his melted power connector. Several more pictures of this phenomenon have emerged, but notably, all of them have been on GeForce RTX 4090 cards using the official adapter—and none of them have appeared especially bent or abused. 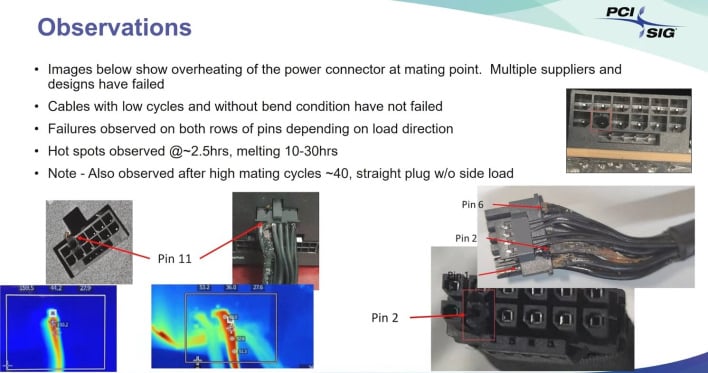 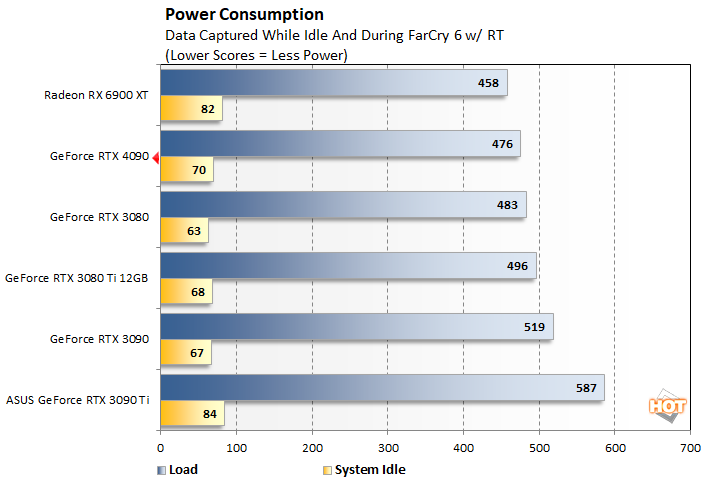 The thing about that is that the connector itself isn't completely new. The 12-pin power connectors on the GeForce RTX 3070 and higher Ampere cards is mechanically the same connector, and we haven't heard about any failures of this sort on those cards. You could say that it's the higher power draw of the RTX 4090 causing this problem, except it's actually very efficient and uses less power than the RTX 3090 Ti while gaming. 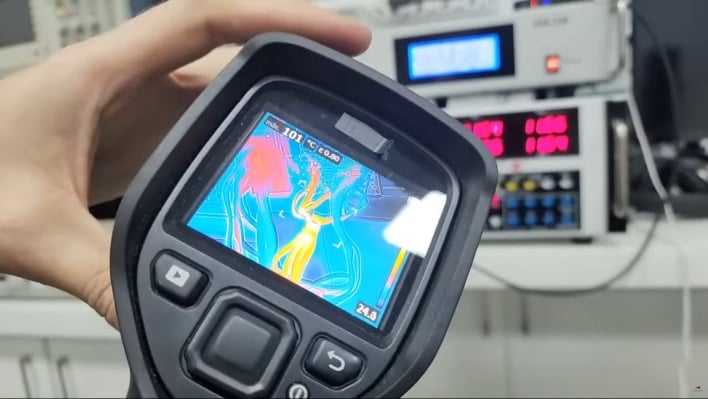 Hassan Mujtaba on Twitter posted some images that apparently originate with graphics card manufacturer GALAX of that company's testing with the 12VHPWR connector. Unsurprisingly, a poor connection (such as from insufficient insertion force) can cause the connector to get very hot very quickly. This is due to uneven transfer of current across the pins, and was an issue mentioned by PCI-SIG, but given the wide clip on the outside of the connector, we find it unlikely that enthusiasts are limp-wristing the 12VHPWR plugs on their GPUs.
Igor's Lab dug a bit deeper and cut to the real source of the problem—literally, by cutting open one of the adapters. As it turns out, it looks like the real culprit might be terrible build quality on the adapters themselves. Pulling apart one of the plugs, he posted several photos of extremely shoddy soldering and easily-broken connections inside the GPU-side connector.
Notably, none of the direct 12VHPWR connector cables from the power supply companies have suffered these faults. Indeed, Igor tested one such cable with a thermal camera, and while it did get warm, the 59°C cable temperature is not a matter of concern. It certainly wasn't about to catch fire. You can head over to his article to see that image.


None of the connector failures that have been observed by end-users have been the fault of a connector exceeding its plug-unplug cycles, and most of the failures seem to have been on cards with minimal and expected bending of the wires. So saying, it does look ultimately as if the adapters themselves are at fault for the failures.
For its part, NVIDIA seems to be getting out ahead of the controversy quickly. It has contacted everyone that has had failures so far and offered to replace affected GPUs, although at least one Reddit user turned down Big Green's offer due to the price difference between his ASUS ROG model and the Founders' Edition he was offered.

Curiously, several sources have reported that NVIDIA is demanding burned cards from users and AIBs, which is something that it has never done before, even during the "Space Invaders" issues with the RTX 20 series. Kudos to the company for investigating the failures, but it seems like it should probably be investigating its partnership with the adapter manufacturer, not AIBs' card designs.