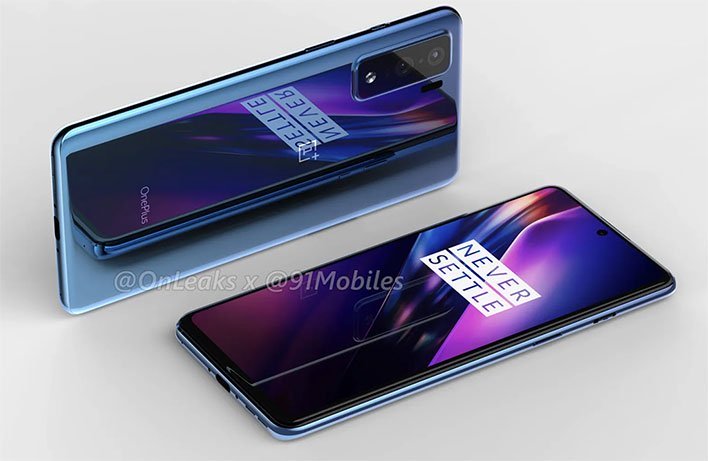 OnePlus Z information has been leaking at a rapid clip in recent weeks, and today's latest reveal brings a few of the missing pieces surrounding the launch of the mid-range smartphone. India has emerged as a hotbed of activity in the low-cost smartphone realm, with major smartphone OEMs pouring resources into the country. OnePlus is no exception, and will reportedly launch the OnePlus Z in India on July 10th.

According to Android Central's sources, this is a "tentative" date, but barring any major hiccups between now and then, that's likely when we should expect to see what smartphone. One other previously unknown surrounding the OnePlus Z is its price, which will be critical to its acceptance in the market. Two of the latest entries in the mid-range smartphone market -- the second-generation Apple iPhone SE and the Samsung Galaxy A51 -- are priced at $399.

But recent reporting has suggested that that the OnePlus Z could be priced far cheaper than those two smartphones -- at least in India. A leaked customer survey showed that the smartphone could be priced as low as $330 in India, which is incredible for a 5G smartphone. OnePlus is trying to dominate the Indian market, so the low price tag there isn't too surprising. But something closer to $399 seems plausible for the U.S. market for OnePlus to maintain its margins.

As for the phone itself, the OnePlus Z is expected to debut with a 6.4-inch 90Hz AMOLED display with a Full HD+ resolution. More importantly, the smartphone will come standard with 5G connectivity thanks to a Qualcomm Snapdragon 765G SoC. This would give it a critical advantage over competition like the iPhone SE and Galaxy A51 which are only 4G LTE capable. We're also expecting a generation 4,000 mAh battery and dual rear cameras on the back of the smartphone.

We don't know what other areas that OnePlus plans to skimp on to hit a $399 or lower price in the United States, but we probably won't see things like wireless charging, or huge amounts of memory paired with the Snapdragon 765G. Whatever the case, we won't have too much longer to see what OnePlus has been cooking up in its labs, and hopefully it will be a winner in the marketplace.