NVIDIA has been quite the busy bee in the mobile GPU space lately. In case you missed it, NVIDIA recently fleshed out its mobile GPUs with two new models, the GeForce RTX 2080 Super and GeForce RTX 2070 Super, both with support for enhanced Max-Q technologies. If you are wondering what is next, there is evidence to suggest a new GeForce MX model based on Turing is in the works.
Whether it arrives before a mobile version of the GeForce RTX 2060 Super arrives remains to be seen. However, the lower powered part for thin and light laptops appears to be in the works, and has even made a supposed appearance on 3DMark. According to the leaked listing, the unnamed GeForce MX GPU is based on a TU117 GPU. 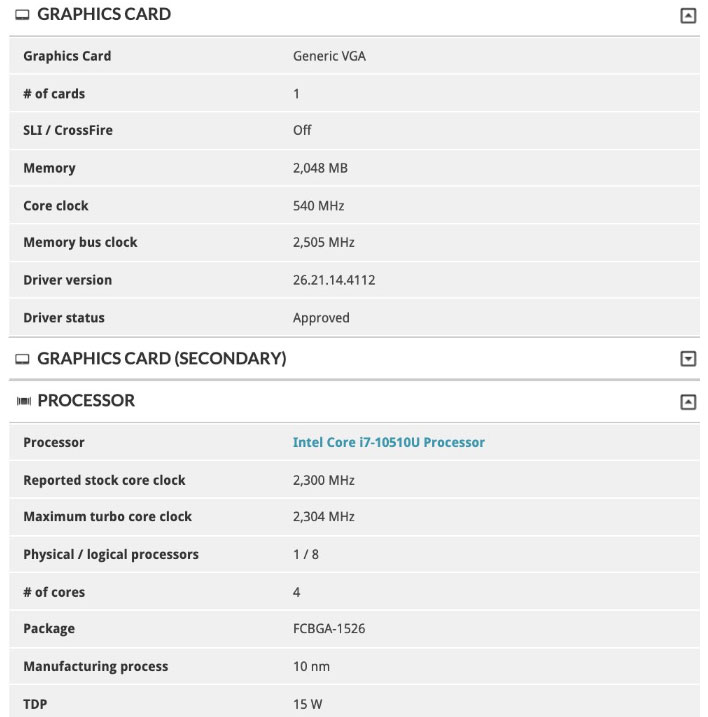 Prominent leaker @_rogame highlighted the GeForce MX entry. It is shown as having a 540MHz base clock and 2GB of GDDR6 memory running at 10Gbps.
The post on Twitter also links to an article at Notebookcheck, which claims to have received details about the upcoming GPU. According to the site, the Turing-based GeForce MX GPU will serve as a successor to the GeForce MX350 (N17S-G5), and is internally being referenced as N18S-G5.
There is not a lot of information available at the moment. However, one interesting thing the site mentions is that the Turing-based GeForce MX GPU is due to arrive in the second half of 2020 to go up against Intel's Xe DG1 GPU that will be part of its Tiger Lake lineup. If true, we can expect some laptops featuring Tiger Lake CPUs to come in variants with a new GeForce MX GPU.
The site also claims there will be two versions of the N18S-G5, both based on Turing. One will come in a 29mm x 29mm package size with GDDR6 memory clocked at 5GHz on a 64-bit bus, while the other will feature a 23mm x 23mm package size and come with either GDDR5 memory at 3.5GHz or GDDR6 memory at 5GHz.
CUDA counts other specifications are not yet known.