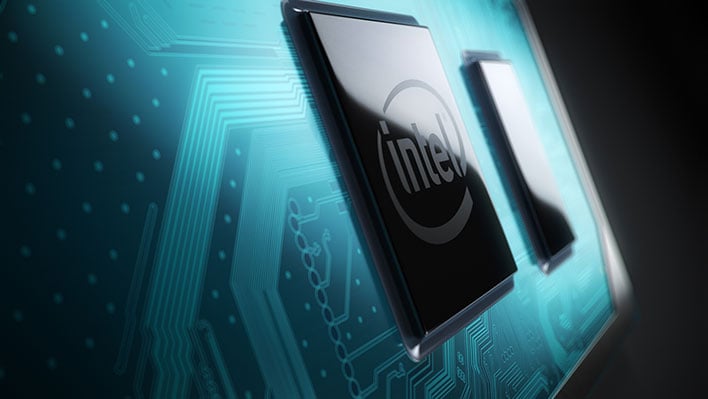 Here is a fun fact—there around 117 million lakes on the planet, covering nearly four percent of the world's land surface (thanks, National Geographic). Intel seems intent on naming a processor line after all them. Hot on the heels of Comet Lake-H making an official debut, a leaked benchmark highlights one of Intel's upcoming Tiger Lake-U processors.
Before we dive into the leak, let's clear some things up. Intel's product lines typically contain Y, U, H, and S designations. Y and U parts are lower power mobile chips for thin and light laptops, and some lower power mini PCs, while H parts are higher power mobile chips for more potent laptops, like ones designed for gaming. The S parts are desktop CPUs.
Tiger Lake-U is considered an 11th generation product, built on a 10-nanometer manufacturing process. Even though Comet Lake-H just debuted (along with Comet Lake-Y and Comet Lake-U a little bit earlier), Tiger Lake is not a successor to Comet Lake, which is a 10th gen part built on a 14nm node. It succeeds a different 10th gen product line, that being Ice Lake (10nm).
It gets even more confusing if we dip into nomenclatures like Sunny Cove (Ice Lake) and Willow Cove (Tiger Lake), let along the various other Lake names, so perhaps we will cover all that in a future article. For now, let's focus on the leaked Tiger Lake-U benchmark. 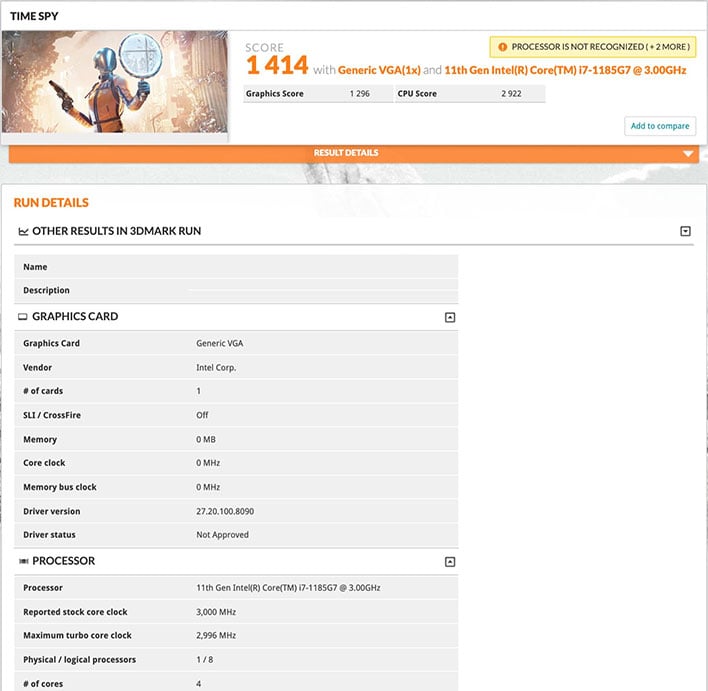 The part in question is an 11th generation Core i7-1185G7 processor. According to the benchmark leak, it features 4 physical cores and 8 threads (via Hyper Threading) with a 3GHz base clock. We have no way of knowing if the metrics in the 3DMark listing are accurate, but as shown, the Core i7-1185G7 has a 700MHz higher base clock than the fastest-clocked Ice Lake CPU (Core i7-1068G7 at 2.3GHz base).

Some of the people who have commented on the leaks (APISAK posted about the same benchmark entry) voiced disappointment with this being a 4-core/8-thread CPU, instead of rocking more cores and threads. It's also not clear if the reported clock might actually be a boost clock, though that seems low.
As to the scores, it's hard to tell what to make of it all at this early stage. APISAK points out that the Graphics score is around 5-6 percent higher than AMD's Ryzen 7 4800U, while another user called to attention that the CPU score is lower than a Ryzen 5 4500U.
"Final [CPU] score should be in the 4K range. This is probably a bad run or it's using low frequency RAM," @_rogame said.
That is how it goes with leaks—there are too many variables and unknowns to draw any kind of concrete conclusion. So, as always, we will have to wait and see once Tiger Lake arrives.