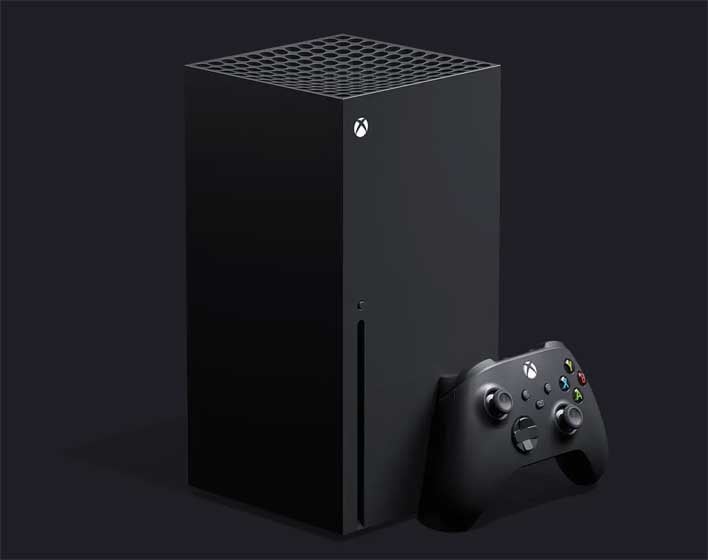 Microsoft has been showing off some details and talking up its next-generation Xbox, and it is expected to land for the holiday 2020 season. When the console was unveiled, it sported a very different look (vertically oriented) from current consoles and was announced as the Xbox Series X.

The new game console was part of the lineage of Microsoft hardware that started years ago with the Xbox leading to the Xbox 360 and Xbox One generations. However, some may have noticed something about the announcement of the Xbox Series X name last week. The official images of the console has "The New" in small print. The "Xbox" name was in large print with "Series X" in a medium-size font.

The implication was that the official name for the game console was simply "Xbox" as a brand, sort of like how "Ford" is an automotive brand. The "Series X" designation would be the model, kind of like "Mustang" would identify the model. This opens room for multiple products under the one make or brand.

Microsoft has confirmed that this is the case with a representative telling Business Insider that the name carrying forward with the next-gen console is "simply Xbox." The Microsoft rep also said that the naming convention would allow "room for additional consoles in the future." Recent rumors have suggests that there will be a lower-cost, next-gen Xbox that will lack a disc drive; the console reportedly is being developed under the codename Lockhart.

Microsoft has moved to the new naming convention to avoid the confusion that happened with the current generation console. The current-generation includes the Xbox One, Xbox One S, and Xbox One X.