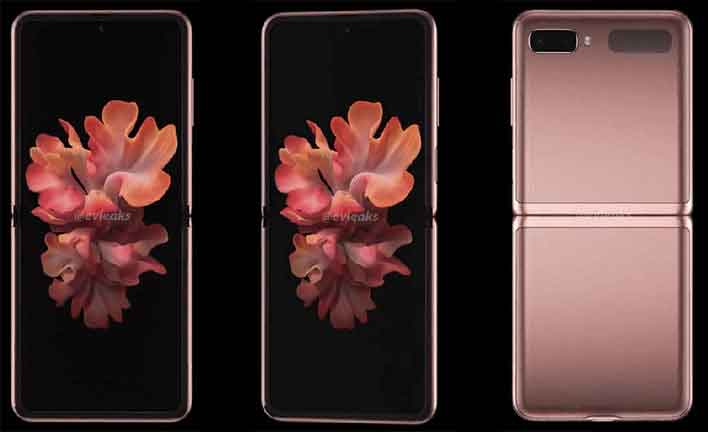 Many folks are anticipating the next big thing in smartphones from Samsung. A few details on the Samsung Galaxy Z Flip 5G smartphone turned up early this month. Among those details were leaked images and a 360 video that showed the device in a slick bronze color. Some new information on the 5G version of Samsung's folding clamshell smartphone has surfaced that hints at a different chipset under the hood than previously expected.

When the first leak happened in early July, the smartphone was expected to use a Qualcomm Snapdragon 865 processor along with a 5G radio, 8 GB of RAM, and 256 GB of storage. A new rumor that comes from renowned leaker Max Weinbach claims that the only part of the Galaxy Z Flip 5G that will change from the Galaxy Z Flip is the SoC.

So for the Z Flip 5G, the ONLY part that changes is the SoC. It's the Snapdragon 865+. The cameras stay the same at 12MP and 12MP. Same sensors too. Display is the same. Software is One UI 2.5 which is mostly unchanged. Hole is the same size. Battery is the same size.

I'm only tweeting this because a, I found it all in a thing that's public that I won't mention quite yet and b, I saw some rumors of a 10MP ultrawide and I just wanted to say this is not true unless Samsung is cropping the sensor to 10MP instead of 12MP.