NASA has been busy preparing for the inaugural launch of its Artemis program. As the launch quickly approaching, workers have fully stacked the massive rocket and its payload, the Orion spacecraft.

Artemis I is scheduled for launch in February 2022, following the recent NASA launch of the Lucy probe earlier this month. This unmanned launch is in preparation for Artemis II, which will carry astronauts into space to orbit the moon. All of this is a lead up to the manned Artemis III launch in 2024 which will put the first person back on the moon since Apollo 17 in 1972. 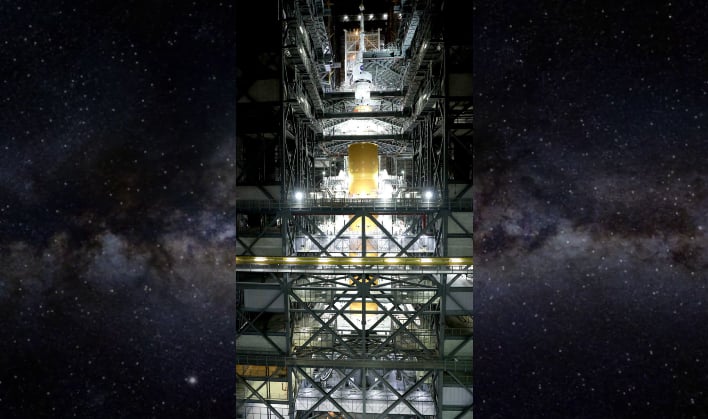 The enormous Artemis I is currently being housed in the Vehicle Assembly Building (VAB) at NASA's Kennedy Space Center in Florida. While in the VAB, Artemis will undergo a series of tests. Each test will evaluate the rocket and spacecraft (Orion) for the first time as an integrated unit. All of the tests will be a lead up to a Wet Dress Rehearsal that will be performed on the launch pad. 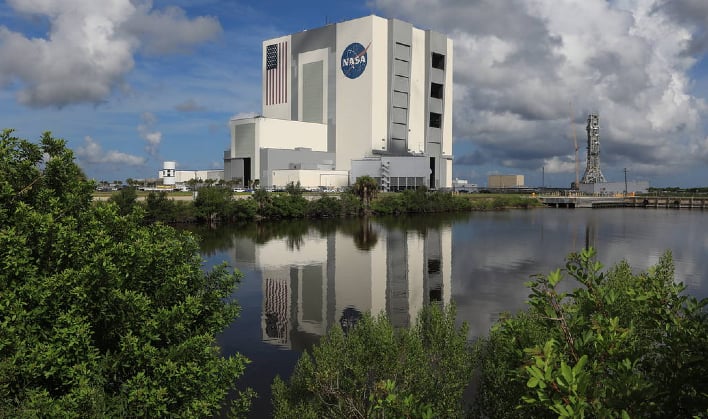 Preparation for the upcoming moon missions have not been limited to Artemis. NASA has also been preparing a wireless network called Lunanet that will serve as a source of communication, weather alerts, and other system applications. Lunanet will greatly enhance the ability to communicate between astronauts and ground control and ultimately increase the safety of the astronauts. All of what NASA is doing with Lunanet and Artemis is all leading to space exploration that is aimed at going beyond anything humans have done thus far.

NASA will set a specific launch date once they have a successful wet dress rehearsal. Artemis III is also set to put the first female on the moon's surface. Perhaps she can one-up Eugene Cernan, who was the last man on the moon, that drew his daughter's initials into the dust before climbing back onto the lunar ladder to depart.