When the US and Russia first launched the International Space Station, it was a partnership that boosted ties between the two nations. Now, as US-Russia relations slide, it’s the astronauts who suffer. Despite the importance NASA sees in the partnership with Russia, the future of that collaboration is in serious jeopardy.

Diplomatic ties between Russia and the US are tenuous at best. The possibility of Russia invading Ukraine is troubling to US government officials. The Biden administration also sanctioned Russia for poisoning opposition leader Alexei Navalny. Then, of course, there was the Russian interference in US elections.

Scott Pace, director of the Space Policy Institute at George Washington University insists that if the ISS project had to start over today, Russia would not be involved. “That was done in another, more hopeful era,” the former executive secretary of the National Space Council said.

While NASA officials continue to value partnership with Russia’s space agency, the importance isn’t what it once was. That may actually be part of the problem. After NASA retired the space shuttle in 2011, it became dependent on Russian rocket launches to deliver its astronauts to the space station. In response, Russia significantly increased the price tag on those trips. 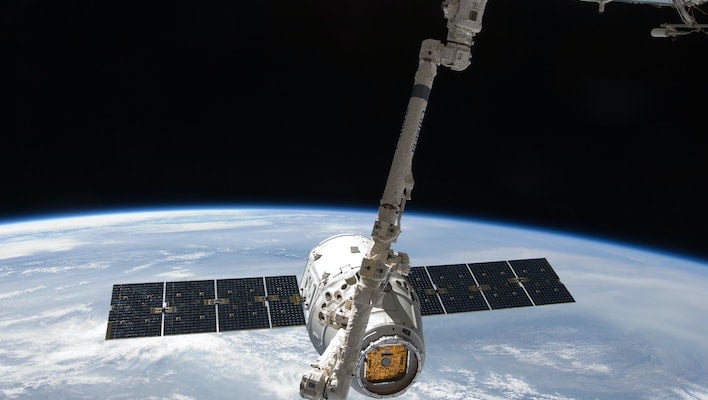 Elon Musk, and his SpaceX endeavor, has changed that. NASA now contracts with SpaceX to transport US astronauts to the ISS. That bites into the Russian space agency’s profits considerably. After all, it was charging as much as $85 million per seat for a trip to the ISS.

Making matters worse, Russia’s military has been conducting missile strikes on its dead satellites. One such strike left a massive debris field that threatened the space station. NASA astronauts and Russian cosmonauts alike huddled in their spacecraft. They couldn’t be sure one of the 1,500 pieces of debris wouldn’t strike the station and force them to abandon shop for home.

In the meantime, the ISS isn’t getting any younger. NASA wants to extend the life of the station until at least 2030, and still needs Russia’s cooperation to make that happen. While the US space agency has awarded three contracts to civilian corporations for the development of commercial space stations, it’s not clear when those would enter service.

Maintaining a Russian partnership for the ISS has “yielded countless discoveries and enabled research not possible on Earth,” a NASA statement to The Washington Post stressed. Some have said the endeavor is worthy of a Nobel Peace Prize. There’s no doubt that international cooperation in space is vital, but the future of a Russian and US partnership is looking shaky these days.