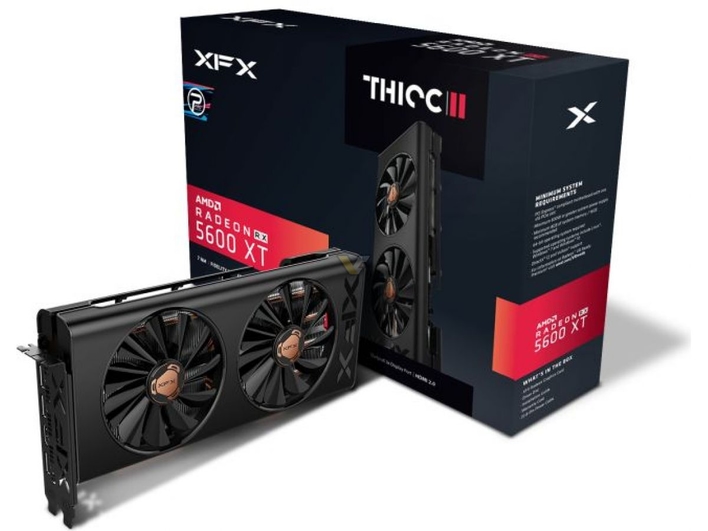 One of the worst kept secrets of next week’s Consumer Electronics Show is the release of AMD’s Radeon RX 5600 XT. The graphics card had been rumored for months, but in recent weeks we’ve run across leaked specs and even actual board and box shots for unreleased graphics cards (thanks, ASRock). 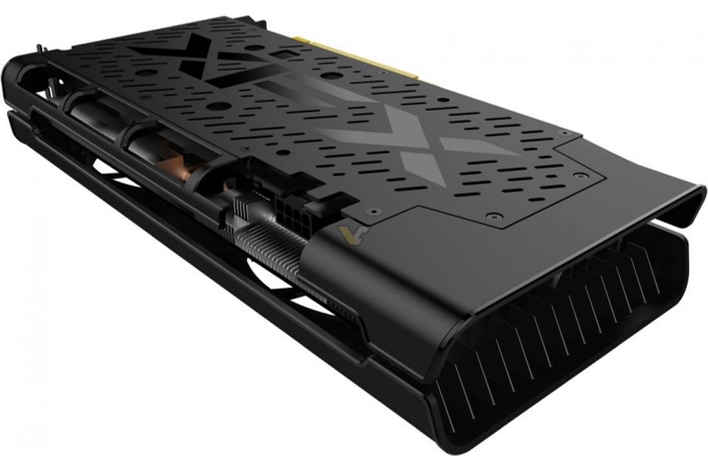 Both cards feature a dual-fan cooling arrangement and relatively sedate design compared to some of the more outrageous Navi-based cards we’ve seen arrive on the market.

Moving on to XFX, the company’s sleek Radeon RX 5600 XT THICC II PRO – say that three times fast – has leaked for all to see. The stealth black design is only broken up by copper-accented XFX logos on the dual fans. The only clock speed that is known for this particular card is its rumored 1460MHz game clock.

Features shared across all Radeon RX 5600 XT variants will include 2304 stream processors along with 6GB of GDDR6 (12Gbps) memory operating on a 192-bit interface. In that configuration, we’re looking at around 288GB/sec of memory bandwidth. 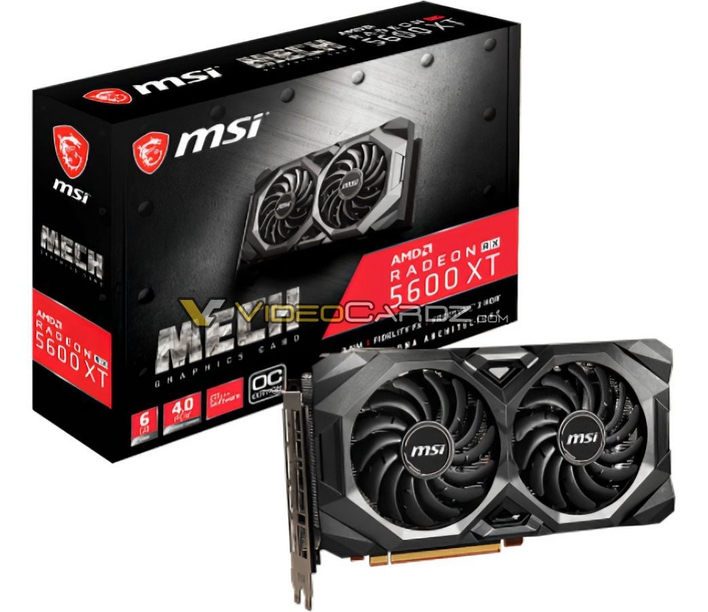 According to recent benchmark leaks (via 3DMark), the Radeon RX 5600 XT should be a strong competitor to the Turing-based GeForce GTX 1660 Ti. The performance figures also put it roughly on par with the aging Radeon RX Vega 56.

The big thing that’s missing with all of these leaks, however, is pricing. The GeForce GTX 1660 Ti has an MSRP of $279, so if AMD and its boards partners can undercut that pricing, it might just have a winner on its hands.