Typically where there is smoke you will find fire, and with that said, we are fairly confident AMD will be coming out with a Radeon RX 5600 XT at some point in the near future. There are just too many related leaks for the card not to exist. The latest one that we can add to the growing pile is a set of 3DMark scores.
What's neat about this latest leak is it gives us some preliminary data to compare the Radeon RX 5600 XT to the already-launched Radeon RX 5500 XT. Naturally we need to take the scores with a pinch of salt—even though we are convinced the Radeon RX 5600 XT exists, there are a multitude of reasons why leaked benchmark scores can be problematic.
There are two sets of scores. The first were obtained from a Radeon RX 5600 XT plopped into an HP desktop with a Core i7-9700 processor, 16GB of DDR4-2666 RAM, and a 128GB solid state drive. Here are the scores... 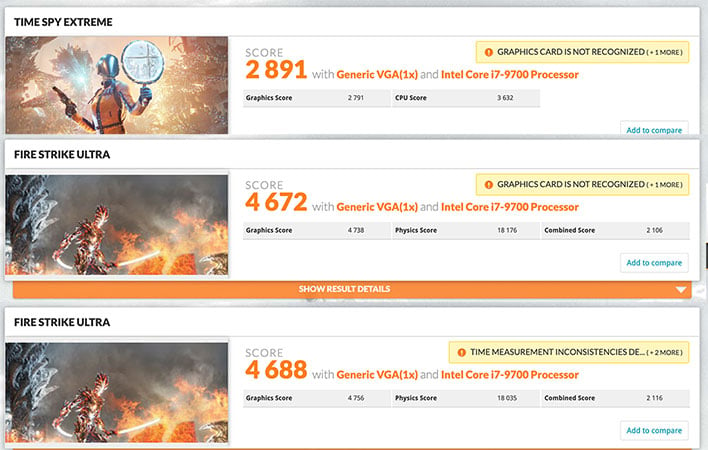 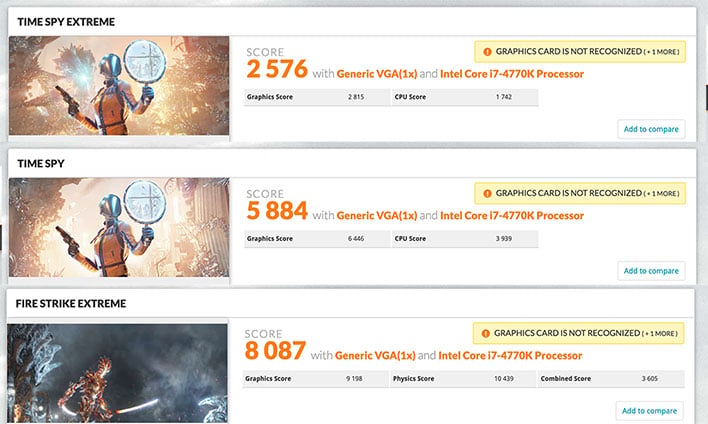 We can compare this leaked data with numbers of our own for cards we have previously reviewed. It's not an apples-to-apples comparison by any means (different testbeds, different drivers, and different conditions all around), but it is interesting nonetheless. And if we focus on solely the Graphics score, that helps put the focus on the GPU.

Using our own data from past reviews, here's how the Radeon RX 5600 XT seemingly stacks up in 3DMark Time Spy (Graphics scores), based on the above leaked benchmarks...
If the leaked benchmark figures hold up, the Radeon RX 5600 XT figures to be an enticing option. In Time Spy, the leaked Graphics score is around 34 percent faster than what we obtained on a production Radeon RX 5500 XT graphics card, which is a nice jump in performance.
We also have scores to compare with for 3DMark Fire Strike Ultra, which we will again focus on the Graphics numbers (rather than the overall score). Here's a look...
Here again the leaked Radeon RX 5600 XT indicates relatively strong performance—the score is around 37 percent higher than what we obtained from a Radeon RX 5500 XT.
Hopefully actual performance of production cards matches (or exceeds) what is indicated in the above leaks (you can hit the link in the Via field for more comparison data). If we are to take these leaked figures as the gospel truth, the Radeon RX 5600 XT is roughly on par with a Radeon RX Vega 56. Depending on where pricing lands, that wouldn't be a bad proposition.