Motorola is getting a slight jump on the Consumer Electronics Show (CES) by unveiling a refreshed lineup of Moto G handsets for 2021. Rather than focus on flagship phones with ultra-premium pricing, however, Motorola is taking aim at the mid-range market, with prices starting at a rather affordable (in the realm of smartphones) $169.

"Nobody knows the mid tier - or mid tier consumers - like Motorola. At a time when we’re all consuming more content on our mobile devices and using them to share our stories, connect with our loved ones, and follow our passions in life, Motorola’s priority is offering the latest high-end features at a price everyone can afford," Motorola says.
What you see above is the most expensive of the bunch, the Motorola One 5G Ace, priced at a reasonable $399. That's a far cry from top-end handsets that command north for a grand, or even two grand, like Samsung's Galaxy Z Fold 2 (though it's currently on same from Samsung for half off). So, what does $399 entail in Motorola's smartphone space?
The Motorola One 5G Ace sports a large 6.7-inch FHD+ display (2400x1080) powered by a Qualcomm Snapdragon 750G processor and 6GB of RAM. It also boasts 128GB of built-in storage, which users can expand by way of a microSD card slot (up to 1TB).
For cameras, you're looking at 16MP and 4MP shooters in the front, and around back, there is a 48MP main sensor, 8MP ultra-wide angle sensor, and 2MP macro shooter. A capacious 5,000 mAh keeps the phone juiced, and you get 5G connectivity. 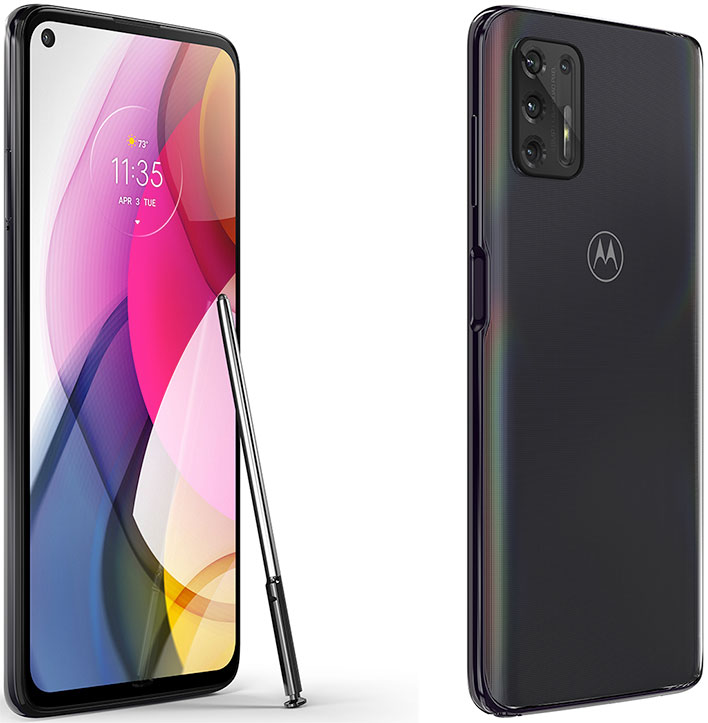 The Moto G Stylus, meanwhile, is a cheaper alternative to a phone like the Galaxy Note 20, with a $299 price tag. Obviously the performance and overall features are not the same, given the price discrepancy. However, it does come with a stylus, and an even bigger display than the Motorola One 5G Ace—it's a 6.8-inch Max Vision FHD+ screen.
Underneath the hood sits a Snapdragon 678 processor, 4GB of RAM, and 128GB of built-in storage, expandable via microSD (up to 512GB). So it's not the fastest phone on the block, but it's one of the more affordable handsets with a stylus.
The camera arrangement is similar to the Motorola One 5G Ace. On the front, there is a 16MP shooter flanked bya a 4MP sensor. And on the back, the Moto G Stylus sports a 48MP main sensor, 8MP ultra-wide angle sensor, 2MP macro sensor, and a 2MP depth sensor. And of course 5G connectivity is part of the package as well. 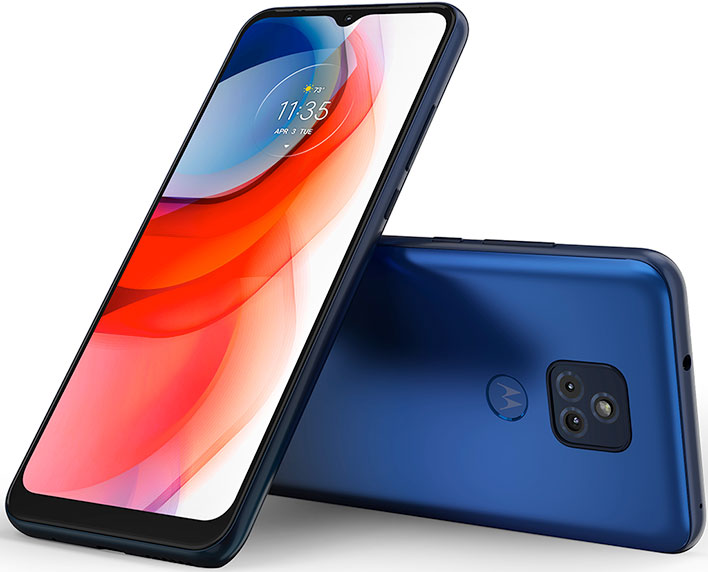 The Moto G Power features a 6.6-inch display (1600x720) powered by a Snapdragon 662 processor, while the Moto G Play wields a 6.5-inch screen (1600x720) powered by a Snapdragon 460 SoC and 3GB of RAM, with 32GB of storage.
There's a better camera arrangement on the Moto G Power. It has an 8MP front camera, and a triple rear camera arrangement (48MP main, 2MP macro, 2MP depth). The Moto G Play, meanwhile, sports a 5MP shooter in the front, and 13MP (main) + 2MP (depth) cameras on the rear.
All in all, it looks like a decent refresh for the money, and all four will be coming out this month. But as always, we'll reserve final judgement until we've had a chance to review these puppies.