Samsung has officially announced its true, powerhouse flagship smartphone. No, we're not talking about the Galaxy Note 20 Ultra, but rather the Galaxy Z Fold 2. This is the follow-up to last year's problem-prone Galaxy Fold, and Samsung is hoping to make a bigger splash in the folding smartphone with improved specifications and useful improvements.

For starters, the Galaxy Z Fold 2 takes advantage of Qualcomm's new Snapdragon 865+ SoC, which features faster GPU and CPU clocks for improved overall performance, paired with 12GB of RAM and 256GB of UFS 3.1 internal storage. That means that you should see snappier performance not only when navigating the Android UI or opening your apps, but also when gaming. The onboard second-generation Snapdragon X55 modem also gives you 5G connectivity. 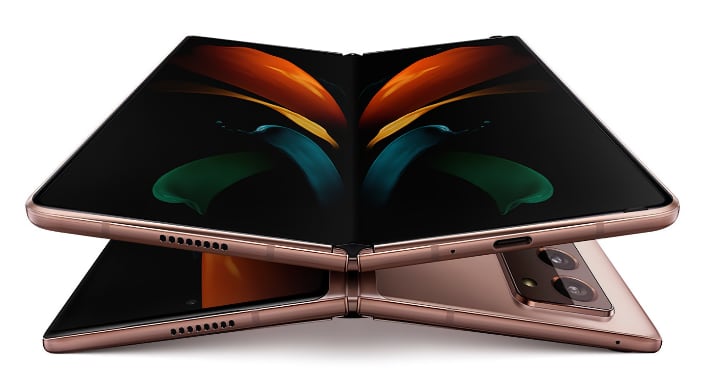 Moving on to the all-important display, Samsung has stretched the primary folding panel from 7.2 inches to a more capacious 7.59 inches while sporting a resolution of 2208x1768. Despite the fact that the LTPO display folds in the middle, that hasn't stopped Samsung from adding 120Hz adaptive refresh rate support (1Hz up to 120Hz). The oddly shaped notch for the selfie cameras on the original Galaxy Fold has also given way to a more eye-pleasing hole punch for the selfie camera. The folding display is now covered in more durable ultra-thin glass like the Galaxy Z Flip 5G. Thankfully, the display hinge has also been upgraded to make it more durable over the life of the smartphone.

The smaller Cover Display, which can be accessed when the smartphone is folded closed, now measures 6.23 inches diagonally, and has a resolution of 2260x816 along with a hole punch for a selfie camera. The Galaxy Z Fold 2 features three cameras on its back, including a primary 108MP sensor. The primary camera is backed by wide-angle and telephoto lenses (both feature 12MP sensors). 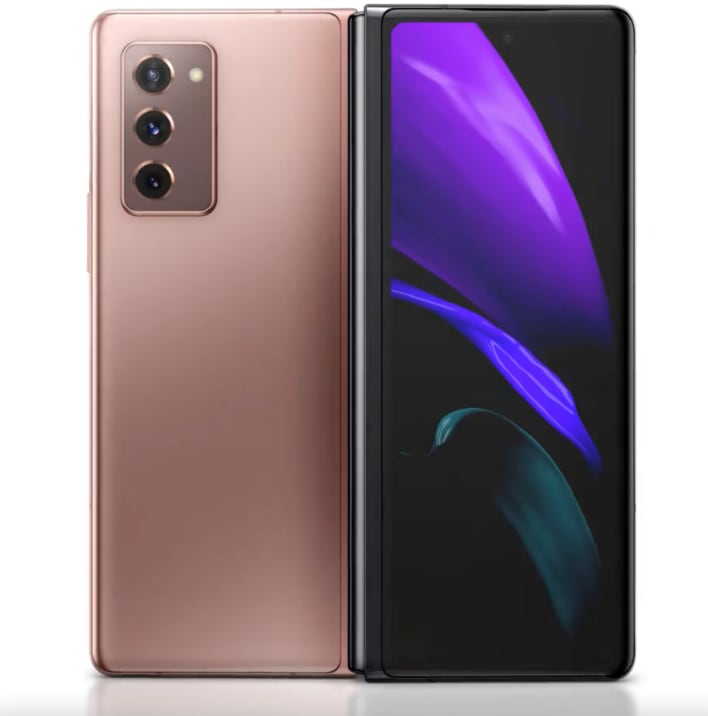 The Galaxy Z Fold 2 contains a 4,500 mAh battery running the show, which can be recharged via the requisite USB-C port or wirelessly. If you decide to go the wired charging route, the smartphone supports 25W fast charging (as opposed to a maximum of 11W when using a wireless charger).

Samsung hasn't announced pricing yet, but we expect it to stick closely to the nearly $2,000 asking price of its predecessor. It will be available in Mystic Black and Mystic Bronze, as well as a limited-edition Thom Browne Edition when preorders open on September 1st.