A PC modder has showcased their sense of humor by building a modern PC into a portable gas stove. With the implanted processor as a heat source, no gas will be required, but it might take a bit longer to fry up your breakfast.
On a social media site, the PC gas stove build was showcased in a brief video. At the start of the video, the stove looks pretty ordinary, but for some reason there seems to be a fan in the central area where the gas flames would usually emanate. The modder then sparks the stove 'alight' by turning the ignition dial. Instead of the usual blue gas flames, we see a ring of pulsing RGB lighting. 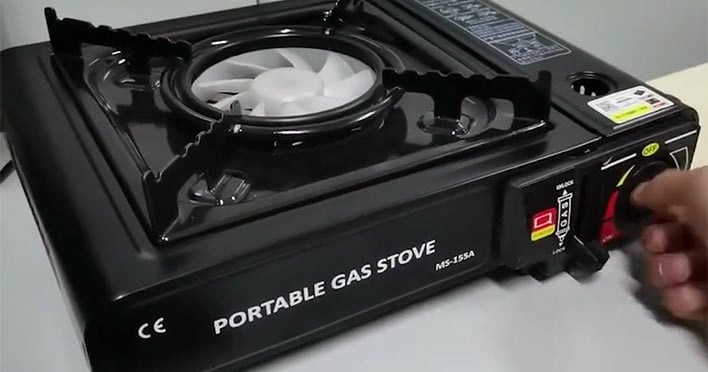 No, it isn't some kind of new halogen or induction hob. As the video progresses, it is revealed that where the gas canister would usually be, there is a PSU of some kind. Next, pivoting up the hob section by its back hinge, all is revealed, as we see the PC internals laid bare.
Originally shared on a DIY and Home Décor TikTok video gallery by Vietnam-based Sunoshop, the video has caught fire on the PC Master Race subreddit. Redditors mostly joked that the portable gas stove could easily be used for cooking if the PC builder had somehow managed to stuff an NVIDIA GeForce RTX 4090 and/or Intel Core i9-13900K into the 'chassis'. 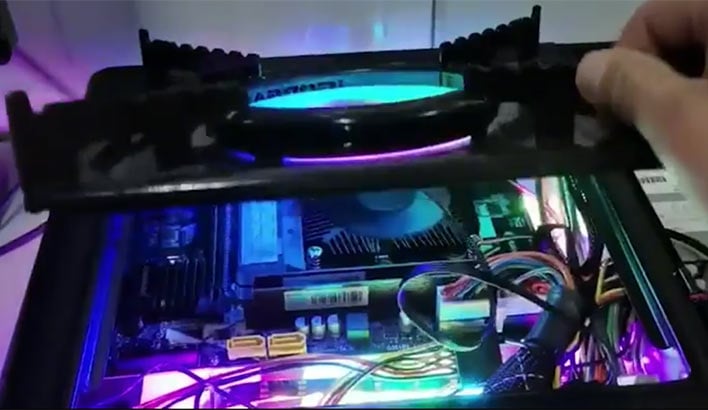 A little research reveals that the stove used as the PC modding platform is just 4.7-inches (120mm) thick in total, and the encased space is about half that. A reference RTX 4090 design is 2.4-inches (61mm) thick, but as you can see from the internal images of the project, the motherboard's CPU socket and top-down cooling fan is almost directly under the center of the hob and large RGB fan area. There is very little extra room left in this case, and thus the motherboard's PCIe slot, which could accommodate a GPU, is empty.

With some overclocked custom GeForce RTX 4090 graphics cards hitting 600W+ under duress, it is understandable that people joke about them being a good heat source. However, cooking food using a GPU is not recommended by us. Do so at your own risk, and we don't want any, thank you.