It seems Microsoft has been hard at work on not only Windows 11, but also revamping and opening up the Microsoft Store to be able to include even more functionality for its customers. This will no doubt be advantageous to Windows users as the new Microsoft Store is set to launch alongside Windows 11 on October 5th.

Perhaps the biggest news is that Microsoft is opening its doors to other storefronts making them discoverable within the Microsoft Store itself. This falls in line with Microsoft’s commitment to being an "open Store for an open platform." Epic and Amazon have already announced that they will be making their storefronts accessible as part of Microsoft's newfound generosity. 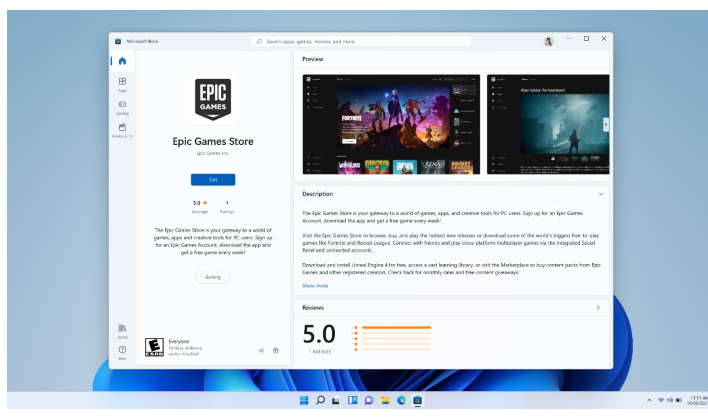 Since June, Microsoft has also seen hundreds of app developers register to its preview program to have their apps included. A few notable apps can be previewed now on Windows 11 Insider Preview such as, Discord, Kakao Talk, Luminar AI and productivity applications like Team Viewer and Libre Office. Progressive Web Apps (PWA) will also be available on the Microsoft Store. This will allow developers like Reddit, TikTok and Tumblr to bring their customers an even better experience.

All of this is good news for Microsoft users, including users of Opera and Yandex. These browsers will be discoverable in the Store alongside Microsoft’s own Edge browser. It will be interesting to see if Mozilla, which has been a vocal critic of Microsoft's antics with regards to default browser behavior in Windows 10 and Windows 11, puts Firefox in the Microsoft Store. And we also can't forget that Android apps and games are being included with this revamp as well.

With all these new inclusions within Microsoft Store, what are you most excited about? Tell us in the comments what you will be taking advantage of first!