A court ruling earlier this month wasn't a decisive victory for either Apple or Epic Games regarding the pair's legal battle over App Store payments. While Epic scored a win in allowing app developers to choose alternative payment methods for in-app purchases, it also had to pay Apple 30 percent of its revenues for directing iOS users to the Epic Direct Payment System.

In addition, presiding Judge Yvonne Gonzalez-Rogers found that Apple was not behaving as an illegal monopolist. Despite the "win" on in-app purchases, Epic CEO Tim Sweeney defiantly stated shortly after the ruling, "Fortnite will return to the iOS App Store when and where Epic can offer in-app payment in fair competition with Apple in-app payment, passing along the savings to consumers." 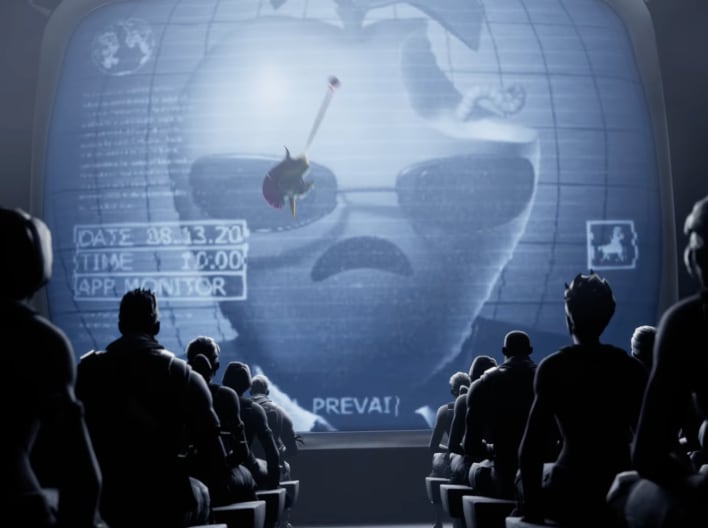 Now, Sweeney is still angry, as he is accusing Apple of lying and reneging on its previous public comments that it would "welcome Epic's return to the App Store if they agree to play by the same rules as everyone else." Sweeney accused the company of abusing its monopoly power after sending an email to SVP Phil Schiller last week agreeing to Apple's terms.

Apple lied. Apple spent a year telling the world, the court, and the press they’d "welcome Epic’s return to the App Store if they agree to play by the same rules as everyone else". Epic agreed, and now Apple has reneged in another abuse of its monopoly power over a billion users.

"Though we can't update the Fortnite version that users still have on their iOS devices, we've disabled Epic payments server-side, and have paid Apple $6,000,000 as ordered by the court," said Sweeney in the email. "Epic has asked Apple to reactivate our Fortnite developer account. Epic promises that it will adhere to Apple's guidelines whenever and wherever we release products on Apple platforms."

Late last night, Apple informed Epic that Fortnite will be blacklisted from the Apple ecosystem until the exhaustion of all court appeals, which could be as long as a 5-year process. pic.twitter.com/QCD7wogJef

Even though Sweeney agreed to Apple's terms, the folks in Cupertino don't seem as thrilled to welcome the company back with open arms. Instead, Apple's lawyers sent a letter to Epic stating that it isn't going to simply overlook an "intentional breach of contract" regarding its shenanigans last year with in-app payments for Fortnite.

"In light of [Epic's] duplicitous conduct in the past, Apple has exercised its discretion not to reinstate Epic's developer program account at this time. Furthermore, Apple will not consider any further requests for reinstatement until the district court's judgment becomes final and non-appealable."

Sweeney complained on Twitter that the appeals process could take as long as five years, which might as well be an eternity for a developer like Epic. "This is another extraordinary anti-competitive move by Apple, demonstrating their power to reshape markets and choose winners and losers," said Sweeney. "It's also a loss for fair competition and consumer choice. The loss of Fortnite as an iOS metaverse competitor alongside Roblox and PUBG Mobile has significant implications for the evolution of the new medium of our era."

What say you, Hot Hardware readers? Is Tim Sweeney correct in his assessment that Apple is backing down from its previous comments regarding allowing Epic back into its good graces? Or is Apple right to smack Epic down after it blatantly defied App Store rules, which in essence kicked off this entire legal battle? Tell us your thoughts in the comments section below.