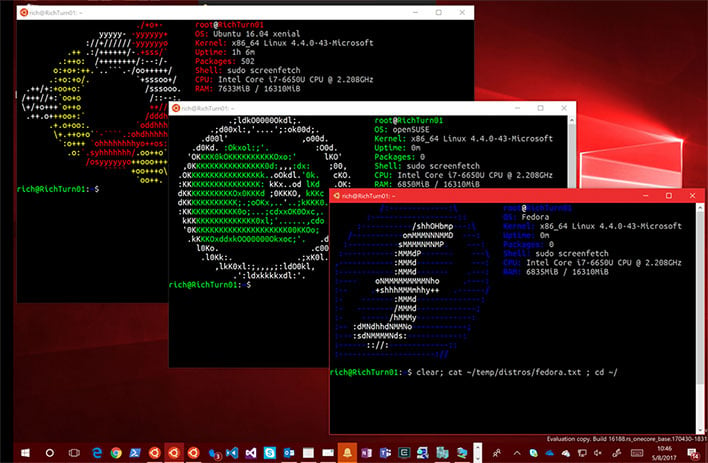 As an organization, Microsoft no longer likens Linux to a deadly disease, as was the sentiment put out there by former CEO Steve Ballmer nearly a decade ago. Microsoft is now embracing Linux, or at least welcoming it into the fold, as the company readies its second iteration of Windows Subsystem for Linux (WSL2) in Windows 10.
This is a pretty remarkable turnabout when you think about it. In 2001, a boisterous Ballmer called "Linux a cancer that attaches itself in an intellectual property sense to everything it touches." The basis of his argument was that "if you use an open-source software, you have to make the rest of your software open source."
Ballmer was wrong, and now several years later, Microsoft is willing to admit as much.
"Microsoft was on the wrong side of history when open source exploded at the beginning of the century, and I can say that about me personally," Microsoft president and chief legal counsel Brad Smith said in a recent talk at MIT's Computer Science and Artificial Intelligence Laboratory (CSAIL)."The good news is that, if life is long enough, you can learn...that you need to change."
Change can be a good thing, and as it applies to open source projects, Microsoft has certainly changed its tune. Case in point, in 2018 Microsoft acquired GitHub, an open source software development platform, for $7.5 billion. And more recently, it has been injecting a custom Linux into Windows 10 by way of an open source compatibility layer, which is Windows Subsystem for Linux.
"Today, Microsoft is the single largest contributor to open-source projects in the world when it comes to businesses," Smith added.
WSL2 is headed to the Windows Update service rather than packaged into the Windows OS image itself. This change is intended to make it easier for users to keep their Linux kernel up to date with as little effort as possible. So by default, this will be handled by Windows Update starting with the May 2020 Update that is scheduled to arrive this month.
For anyone who is now familiar with WSL, it allows developers to run Bash and core Linux command line tools in Windows 10, alongside traditional Windows desktop programs. One of the upsides is that it requires less resources than running a full virtual machine. It also enables using Windows apps and Linux command line tools on the same set of files.
WSL2 is based on a new architecture with a full Linux kernel running congruent to the proprietary Windows 10 kernel. This should improve performance compared to the initial iteration.