In just a matter of weeks, Microsoft is expected to begin rolling out its May 2020 Update for Windows 10. Exactly when Microsoft will flip the switch is still not known, though the latest Insider preview should be the final test build as the update nears a public release. While no specific date has been announced, however, Microsoft may have inadvertently revealed that it is arriving on May 26.
For anyone who does not want to wait, downloading the latest test build in ISO form is an option. A clean install followed running Windows Update should ensure an RTM (Release To Manufacturing) build is in place, the same as what will go out to the public sometime next month.
"While we originally thought that Build 19041.207 would be the final build, we made the decision to take in one more fix we felt was important to have before making the May 2020 Update generally available," said Brandon Leblanc, senior product manager of the Windows Insider program. "We believe that Build 19041.208 is the new final build and still plan on continuing to improve the overall experience of the May 2020 Update on customers’ PCs as part of our normal servicing cadence."
As to the public release date, the folks at Neowin spotted an updated to Microsoft's Driver Shiproom Schedule. I was not aware such a thing existed, but apparently this is how Microsoft communicates to manufacturers its release dates so they don't push out driver updates immediately before or after major feature upgrades.
Manufacturer driver updates that closely precede or follow feature updates can cause unnecessary headaches. The Driver Shiproom Schedule is basically a calendar for manufacturers to reference, to better plan their own driver updates. What does it tell us now? 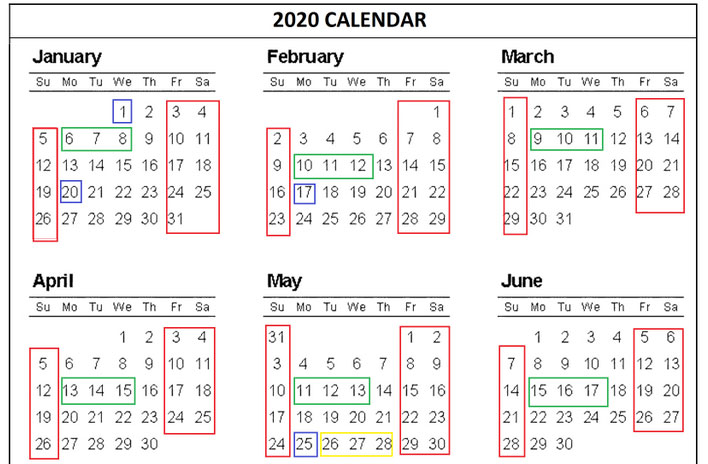 Well, Microsoft has highlighted May 26, 27, and 28 as dates for the "Feature update" (May 2020 Update, presumably). This likely means the May 2020 Update will begin going out on May 26 to some PCs, followed by a broader roll out the following two days.
While perhaps not set in stone, Microsoft's Driver Shiproom Schedule last year had earmarked May 21, 22, and 23 for the 1903 update, and that ended up arriving on May 21. Unless the calendar changes, we would expect the May 2020 Update to arrive as marked. Just circle your calendar in pencil, not pen, in case it needs erased.