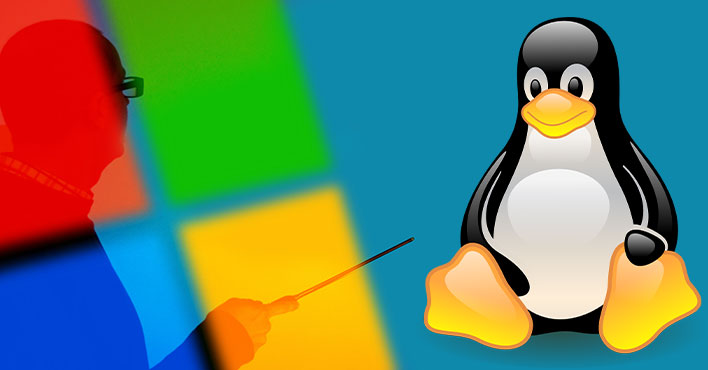 Microsoft is making a change to how it bundles the Linux kernel within its Windows Subsystem for Linux (WSL) in Windows 10. Starting with the Windows 10 version 2004 update (20H1) that will soon be made available to the general public, the second version of the Windows Subsystem for Linux (WSL2) will see the Linux kernel removed from the Windows OS image and pushed out via Windows Update instead.
This is essentially how third party drivers are installed in Windows 10 PCs, and according to Microsoft, the move to deliver the Linux kernel inside of WSL2 in the same fashion is based on hearing "lots of community feedback" on how the installation could be streamlined. Microsoft says this is the first step towards that goal.

"If you’ve ever gone to your Windows settings, and clicked ‘Check for Updates’ you might have seen some other items being updated like Windows Defender malware definitions, or a new touchpad driver, etc. The Linux kernel in WSL2 will now be serviced in this same method, which means you’ll get the latest kernel version independently of consuming an update to your Windows image," Microsoft explains.
The idea is to make it easier for users to keep their Linux kernel up to date without having to think about it. So by default, this will be handled entirely by Windows 10, once the next major update arrives.

Members of the Windows Insider program who are testing preview builds in the Slow ring temporarily need to manually install the Linux kernel. Microsoft says an update will be made available in a few months that will add automatic installation and service capabilities.
"We made this change now and will have a patch later to ensure that all users in the initial general release of WSL2 will be serviced via this dynamic model, and no one will be left in a middle state using the prior system," Microsoft says.
WSL is an open-source compatibility layer that allows developers to run Bash and core Linux command-line tools in Windows 10, right alongside traditional Windows desktop applications. It requires fewer resources than a full virtual machine, and enables using Windows apps and Linux command-line tools on the same set of files.
The upcoming version, WSL2, is based on a new architecture with a complete Linux kernel running alongside the Windows 10 kernel. In some cases, it should offer significantly better performance than WSL.